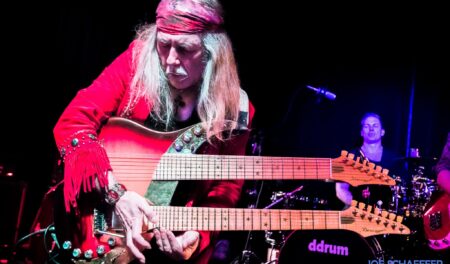 Former Scorpions guitarist Uli Jon Roth was recently interviewed by Andrew Daly for Guitar World. Roth was in the Scorpions from 1973 to 1978 during which time the group released the studio albums Fly To The Rainbow (1974), In Trance (1975), Virgin Killer (1976) and Taken By Force (1977). 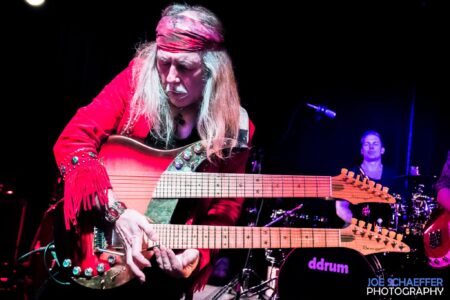 With respect to what led him to leave the Scorpions, Roth indicated: “My mind was full of music that was very unsuitable for the Scorpions. I wanted to do new things, and I didn’t believe the other band members would be into it, so I didn’t even bring it to the table. We had established a direction that was very early hard rock and heavy metal, and even though I had helped create that, I no longer felt close to it. I was in a musical no man’s land, where I was helping the Scorpions make this heavy rock music, but in my mind, I heard new sounds that I wanted and needed to explore. So, I decided to leave the Scorpions to pursue what I heard in my head. And when I did that, I left the construct of music as I knew it behind forever, and I never looked back.”

On whether he regrets his decision to leave the Scorpions taken into account all of the success that the group experienced during the next decade or so, Roth stated: “You know, maybe I should have stayed for the first American tour; that was maybe a strategic mistake on my part. But other than that, I didn’t have a choice because I felt pretty unhappy toward the end. I wanted to do a different kind of music, and I would have gone mad had I stayed doing something my heart wasn’t in with the Scorpions. So, I didn’t have a choice; it was a purely artistic decision. I cannot stress enough that my artistic integrity drove that decision. Because we were all good friends at the time, so there was never a personal issue; it was always about my need to pursue a different sort of music that I couldn’t make with the Scorpions.”

You can read the rest of the interview with Uli Jon Roth via Guitar World‘s website.