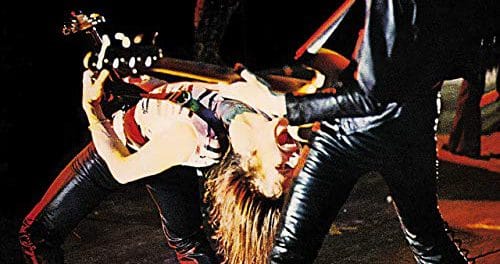 Ex-Scorpions guitarist Uli Jon Roth was interviewed by Canada’s The Metal Voice at the Piranha Bar in Montreal, Quebec, Canada on April 16, 2019. Roth spoke about a number of topics including his former band’s live album Tokyo Tapes that was released back in 1978. 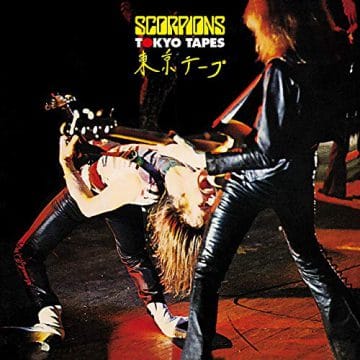 In terms of whether there was any fixing of the Tokyo Tapes live album in the studio, Roth advised (with slight edits): “No. In fact, there wasn’t enough of it because I was quite upset when I first heard the recordings because there was a mistake.  Apparently the Japanese sound engineers recorded all the pre-sets with EQ’s and you don’t do that because after words, you don’t get a chance to tweak the sounds as much and I was not happy with the sound of the album. I remember what it sounded like on stage. It sounded phenomenal particularly in that hall but what I heard on the album was a shadow of that. So that is why I never listen to the album. I never listened to the whole album in one go.”

“I did the playing on the album and there were no overdubs afterwords. We just left everything as it was, except for the audience clapping because we forgot to record the audience so we had no audience sound. I don’t know who’s idea it was in the studio. It wasn’t mine. There was this massive album Frampton Comes Alive album at the time, so somebody took the clapping from that recording and they put it on a loop. So suddenly, Sun Plaza hall becomes Stadium Rock. There is your dirty little insight and it’s a true story nobody will deny it. So the audience of Frampton Comes Alive is on Scorpions‘ Tokyo Tapes. We had a great audience but they weren’t recorded.”

With respect to whether there was any left over material from the Tokyo Tapes recordings, Roth indicated: “There were some and I am to blame for a couple of things that got left out. I didn’t think the song ‘Catch Your Train’ was good enough and I didn’t think ‘Hell Cat’ was good enough. Then when I heard them recently when they did the re-release and I thought what was I thinking they were good enough I should have had them on. I was actually being a bit too critical at the time. But today I am really glad we did the album and we can be proud of.”