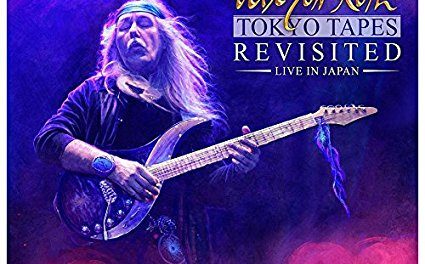 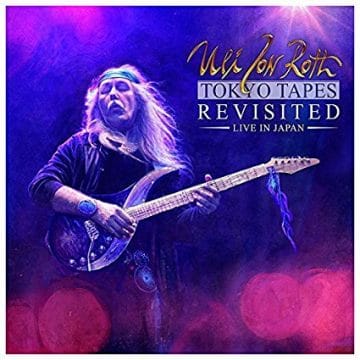 “One of rock ‘n’ roll’s most venerated guitar Gods, Uli Jon Roth, will be releasing a very special live performance from the Nakano Sun Plaza Hall in Tokyo, Japan on December 16th 2016 through UDR Music, titled Tokyo Tapes Revisited – Live In Japan. The performance is a celebration of Roth’s classic work with The Scorpions, and was recorded on February 20th 2015 at the same venue as the band’s classic 1978 live album Tokyo Tapes…

Sleaze Roxx was the first publication to announce Roth‘s plan to release Tokyo Tape Revisited. Back in March 2016, long-time Sleaze Roxx contributor Ruben Mosqueda interviewed Roth who stated: “Well, we have recorded a lot of shows but I just want to release the very best. There will be be a counterpart to ‘Scorpions Revisited’ and it will be called ‘Tokyo Tapes Revisited.’ It’s a DVD recording of a 2.5 hour show that I did in the same hall where we recorded ‘Tokyo Tapes.’ That video looks and sounds really great. We just finished editing it in Japan last week. It will be out later this year. We originally wanted to issue another live performance that we had recorded and I wanted to issue it after the studio album but I wasn’t too happy with that and we decided against that. Then, there was talk about recording the show in Japan where Scorpions recorded ‘Tokyo Tapes’ and that turned out wonderfully.”