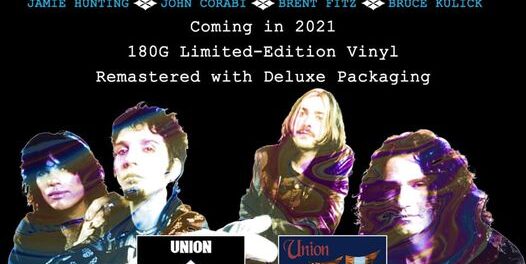 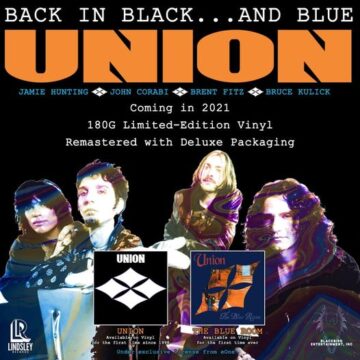 The following message was posted on Corabi‘s Facebook page yesterday:

News flash! UNION, along with Lindsley Records and Blackbird Entertainment, are thrilled to announce an exclusive license with eOne Music to release both our debut album and The Blue Room on 180 gram remastered vinyl! There will be multiple formats, limited color vinyl, and tons of extras. We’ll keep you updated with more details and release dates as they become available.”

Wikipedia states the following about Union‘s albums (with slight edits):

“Union released two studio albums and a live album. Union, recorded in 1997 and released in 1998, which featured two singles: “Old Man Wise” and “October Morning Wind”. Three versions of this CD were released. The first pressing of the disc omitted “Old Man Wise” from the cover art, but this was corrected in subsequent pressings. The second version, a Japanese import, included the bonus track “For You” with Kulick on lead vocals. The third was reissued with the bonus cover track of The Beatles‘ “Oh! Darling” sung by Corabi. The CD was co-produced by Corabi, Kulick and Curt Cuomo.

In 1998, a grass root effort, “The Union Work Force”, spread out across the U.S. as the band toured small clubs from coast to coast. Kulick and Corabi took this a step further by performing at many of the Kiss Expo‘s doing acoustic versions of their songs. On a few occasions, Fitz and Hunting were able to join them.

In 1999, Live At The Galaxy, mixed by Bruce Bouillet and Kulick, was released. Recorded at The Galaxy Club, the CD features songs from the band’s first CD, two Kiss songs (“Jungle” and “I Walk Alone” from Carnival of Souls), “Power To The Music” from Corabi‘s Mötley Crüe days, and “Man In The Moon” from The Scream. “Surrender”, a Cheap Trick cover, and the added acoustic tracks “October Morning Wind” and The Beatles‘ “You’ve Got to Hide Your Love Away” proved the band’s versatility.

The new millennium dawned on Union‘s second studio CD, The Blue Room, produced by Bob Marlette. The CD spawned two singles, “Do Your Own Thing” and “Who Do You Think You Are”. The Blue Room Tour took the band through the U.S., Europe, Australia and Central America.”

Union‘s “Everything’s Alright” video (from Do Your Own Thing Live! DVD):