Unisonic mainly on hiatus in 2016 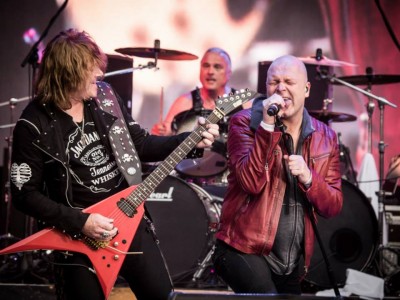 The “all-star” group Unisonic which includes ex-Helloween singer Michael Kiske and Gamma Ray guitarist Kai Hansen will be on hiatus for most of 2016 and will not be looking for a new drummer this year.

“Hello friends and fans alike! I’d like to make an announcement to clarify a few points in regards to Unisonic about our “what’s going on”‘s in general.

Last year we announced that Kosta will be leaving the band due to his very busy schedule with his work in Bottom Row Promotion. And though this is still stands Kosta has decided to stay on for the few shows that we will be having this year…

Which brings me to the next point:

Unisonic will only be doing a few shows this year. We will not yet make an album, we will wait for another time. We will most likely not make a tour either. The fact of the matter is that we are all so busy with other obligations that it’s hard to get it together right now. There will be better times and we will continue. This year will simply be a subtle one for us. One reason I’m bringing this up is because of the many many requests from drummers to audition for Unisonic. We will be looking for a new 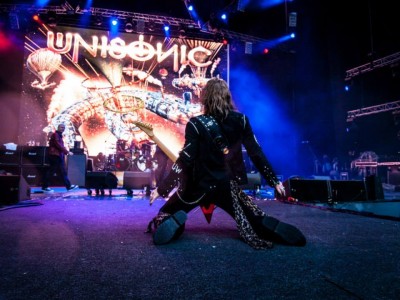 drummer at some point but not this year 😉  I hope this clarifies a few things and our absence from the scene. We love you all and look forward to our inevitable contact with you people in the near future, be it on stage, back stage, front stage, at the cinema or at the grocery store  😉

Unisonic have released two full-length albums to date: Unisonic in 2012 and Light Of Dawn in 2014.