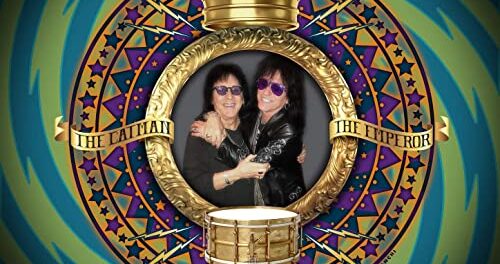 Return of The Comet and former Frehley’s Comet guitarist Richie Scarlet was recently interviewed by Kenny Kessel for Canada’s The Metal Voice. Scarlet recently released a new single titled “The Catman & The Emperor” which features former KISS drummer Peter Criss on the drums. 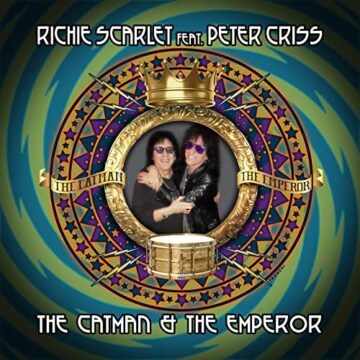 In terms of how he was able to get Criss out of retirement and to play on his track, Scarlet indicated (with slight edits): “I have known Peter Criss for many years and I played on a record of his quite a few years ago. I played bass on it and it hasn’t been released but it is pending at some point. Long story short, I was in Hollywood back in August 2019 and Peter‘s wife Gigi who handles all his affairs invited me to go see him at the KISS convention. We got to talking and he was telling me about how his record might end up seeing the light of day one of these days, the record I played on. So then I told him I was doing a record and I asked him if he would be interested in playing on a track and he said he would be honoured.

I originally had another song for him to play on and time was going by and then finally one day I came into the museum here and picked up the guitar and this song came out of me, the words just came out. This thing just kind of came together and I made a demo of it, sent Peter the demo, then went down to his mansion and Peter and I recorded it together in a room. Then I had John Regan on bass and he locked right in with Peter‘s drumming and the song is called  ‘The Catman & The Emperor’ and it’s doing really well and I am happy with it. I don’t even know if he has played drums on someone else’s record before. I do know it has been quite a few years since he actually played on any record. I went to see his last show at the Cutting Room in New York city a few years back and he retired. Fortunately I was able to pull him out of retirement “The vinyl will come out sometime in February 2021 and the flip B side is called ‘God, The Devil And Me’.””

In an interview with Mark Rockpit for The Rockpit back in April 2017, Criss provided some details of his currently unreleased record as he indicated (with slight edits): “Before my cancer though, I really put down some really heavy rock and roll, I put down some ballads too, but it was heavier than the stuff I normally do. And then I got sick and I put it aside and I’ve been sitting on it these last eight years. And when I moved to California, I took it with me. There aren’t any vocals on there yet, but I played it to a good friend and he told me that it was the best stuff he’d heard in years and I had to finish it, so when I’m over in June to play my last show in New York City, I’ll finish it.”

You can read other excerpts of the interview with Richie Scarlet at The Metal Voice‘s website and/or listen to the interview below: