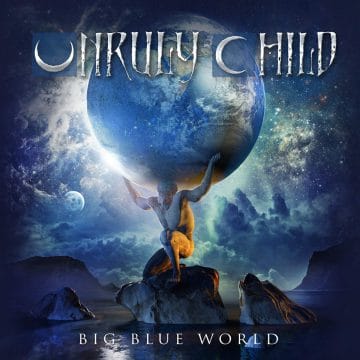 Since the initial release of the critically acclaimed “Unruly Child“, all the band members have successfully pursued accomplished careers in the music industry. Marcie Michelle Free, one of the world’s finest singers of recent times, and most renowned transgender vocalists, first released a solo record as Mark Free, entitled “Long Way From Love”, in 1993 and then another solo record as Marcie Free, “Tormented” in 1996. Guitarist Bruce Gowdy and keyboardist Guy Allison were also not dormant over the years. They produced two more Unruly Child records without Free and participated on another World Trade album with drummer Jay Schellen. They have also pursued other projects and their reputation as writers, performers and arrangers is second to none with their experience of working with the likes of Glenn Hughes (Deep Purple), Bobby Kimball (Toto), Doobie Brothers, Boz Scaggs, Air Supply, and The Moody Blues.

The group, in its constant state of evolution, has generated an exciting new album reflecting its musical roots in contemporary and classic rock. With the return to the original line-up, they have discovered that while time may pass, some things never change.”

Subscribe here for more videos – http://radi.al/SubscribeFrontiers From the album BIG BLUE WORLD. Get your copy NOW: http://radi.al/BigBlueWorldFollow the “…