Veteran rockers Uriah Heep have released a video for their new song “Take Away My Soul” from their upcoming new studio album Living The Dream, which will be released via Frontiers Music Srl on September 14, 2018. 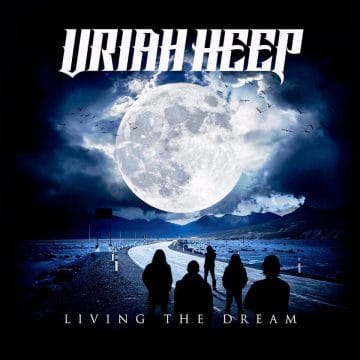 Wikipedia states the following about Uriah Heep (with slight edits):

Over the course of their 49-year career, Uriah Heep have released twenty-four studio albums, two albums composed of re-recorded material, eighteen live albums and thirty-nine compilation albums. Twelve of the band’s studio albums have made it to the UK Albums Chart (Return To Fantasy reached No. 7 in 1975) while of the fifteen Billboard 200, Uriah Heep albums Demons And Wizards was the most successful (#23, 1972). In the late 1970s, the band had massive success in Germany, where the “Lady in Black” single was a big hit.

Uriah Heep‘s audience declined by the 1980s, to the point where they became essentially a cult band in the United Kingdom and United States. The band maintains a significant following and performs at arena-sized venues in the Balkans, Germany, Japan, the Netherlands, Russia and Scandinavia. They have sold over 40 million albums worldwide with over 4 million sales in the U.S, where its best-known songs include “Easy Livin'”, “The Wizard”, “Sweet Lorraine”, and “Stealin'”.”

Subscribe To Be Alerted When We Add New Videos – http://radi.al/SubscribeFrontiers | From the album LIVING THE DREAM. Get your copy on CD/LP/Collector’s Box/…