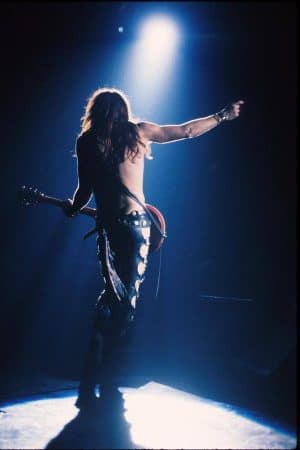 Vain have offered a sneak peek of their new track “Sip The Wine” from their upcoming album Rolling With The Punches but only to people that have made pledges towards their funding campaign via www.pledgemusic.com.

Back on April 12, 2016, Vain did the same thing for the title track of their new album except non-pledgers were at least able to hear some of the music.

Vain‘s new album Rolling With The Punches was originally scheduled to be released on April 14, 2016. However, the date came and passed without any news about a new official date for the release of the new album.

Vain‘s last album Enough Rope landed the number one spot on Sleaze Roxx’s Top Ten Albums of 2011 as well as number four on the Sleaze Roxx Readers’ Top 20 Albums of 2011. Sleaze Roxx stated the following about the album: “Enough Rope was not only a triumphant return to the ’80s by cult rockers Vain, but also became a critical success by taking top spot in the Sleaze Roxx Top 10 followed by an excellent showing in this contest. Vocalist Davy Vain appears to have found the fountain of youth as he offers not only the band’s best work since their No Respect debut, but an album that practically equals it in every way. In 2011, Vain proved, more than any other artist, that it was possible to perfectly recapture the sounds of their youth and deliver exactly what their fanbase desires.”