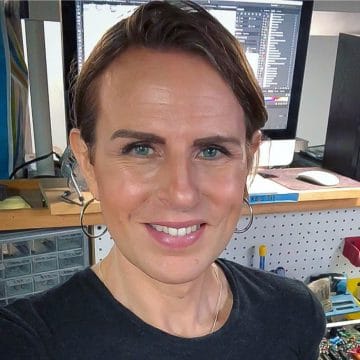 Vain‘s long-time guitarist Jamie Scott has also made the transition from male to female and is now known as Dylana Nova Scott.

Scott, who is the CEO for 3rd Power Amplification, was recently interviewed by The Women’s International Music Network and spoke about her transition. Scott was asked if there ever had been a time that she felt discriminated against in the music industry because of her gender and if so, how did she overcome it, to which she replied:

“Short answer: Yes, there have.

However, let’s first frame it like this: having lived such a high-profile and public life, I made the decision to transition to female in full view – all the ups and all the downs. If I were to endeavor on my journey to personal authenticity, I felt that I had to do so publicly with strength, dignity, and courage. Going underground would send the message that I was somehow ashamed of myself, or doing something that was wrong and that just isn’t the case.

I was bolstered to pursue my authenticity having learned about prominent women such as Martine Rothblatt and Caitlyn Jenner. Both were incredibly successful and yet success, fame or money wasn’t enough and I related to that deeply. No matter what I accomplished, I was never happy inside and around my 50th birthday, I began to deeply contemplate the rest of my life, who I really was inside and what I was going to do about it. These women showed me that it was possible to be your true self despite the blowback and while I don’t have their financial resources to sustain through the hard times, I did have the support of those close to me and of the professional team I assembled to help me through my transition. 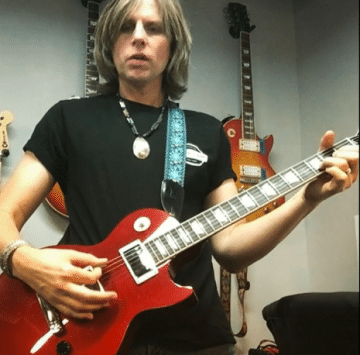 After coming out, I learned that there are segments of this industry that are far more conservative than I had thought. Mind you, this is an industry that hatched gender-bending artists such as David Bowie, Little Richard and Prince to name but a few! I’ve had employees, artists, customers, and dealers all turn their back on me. I’ve been told, ‘I don’t believe in the lifestyle,’ ‘love the sinner but hate the sin,’ and so on. Earlier this year, a potential dealer inquired about carrying our equipment and cited overwhelming customer demand. Since their request for information was addressed to my previous name, I felt it best to move forward with answering their questions and share with them my new name as part of my transition but that professionally it was business as usual. They never responded to my follow up emails, nor were my phone messages ever returned.

To overcome and more accurately, to survive, I have had to reshape the business for the current climate. My living situation was impacted as well and for a period of nearly one year, I slept on the floor of the shop. Whatever I had to do in order to stay the course and get to the other side.

There have been incredible positives to come from my journey. Most importantly, I am happy, healthy and thriving like never before in my life. I realize that’s saying a lot when you look back on all of my previous success. I’ve received unexpected yet delightful support from legendary musicians like Vince Gill and Tom Hemby. Several dealers have stuck with me and new dealers have come on board. I received a visit by Joe Lamond, president of NAMM while exhibiting at a recent trade show. I’ve recently made amplifiers that are now on tour with Little Big Town, Miranda Lambert, and Justin Timberlake. The high-profile celebrities simply want the best and that’s what I make so this has been a very welcomed area of growth for 3rd Power.

Overall, I remain very optimistic and see another phase of expansion in 3rd Power’s future. I also see a bright future for All Women to be who they are, existing equally, safely and thriving however they choose.”

Vain performing live at the Whisky A Go-Go in Hollywood, California, USA on November 9, 2018: