The Van Halen News Desk has posted an article about demos including one unreleased song (“I Want Some Action”) that were made during Van Halen‘s 5150 era with Sammy Hagar. 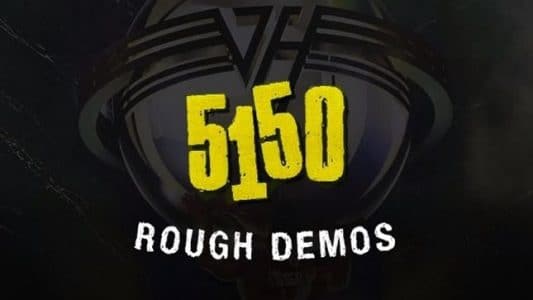 The Van Halen News Desk posted the following in part:

“This song comes from a tape of eight “5150” demos that somehow leaked onto the internet and into collector’s hands in 1999. That tape contained this unreleased gem, plus seven demos that would later be properly released on the “5150” album….

Keep in mind these are rough demos – you’ll notice the diminished sound quality and noticeable tape “hiss.” But more notably, these tracks contain many alternate vocals (the lyrics are totally unfinished, and even a bit of alternate music. Unfortunately, Michael Anthony‘s signature background vocals are completely missing – he hadn’t recorded them yet…

Though it was never released as a Van Halen song, “I Want Some Action” did end up getting released, in a way. Eddie handed this song on a silver platter to Steve Lukather, for his first solo record, “Lukather.” released in 1989. The track is called “Twist The Knife,” and Eddie co-wrote the song and played bass on the track…

You can read the entire article at the Van Halen News Desk.