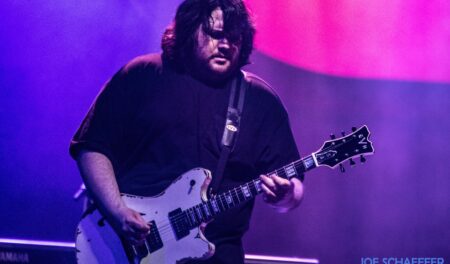 Now, first and foremost, I have to put it out there that the following is simply the view from Sleaze Roxx‘s editor-in-chief after seeing a video of Wolfgang Van Halen absolutely tear up two Van Halen classics (“On Fire” and “Hot For Teacher”) while performing live during the Taylor Hawkins Tribute Concert on September 3, 2022. 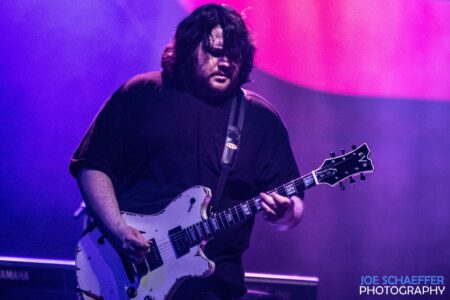 Ever since guitar virtuoso Eddie Van Halen passed away almost two years ago, it seems that most people have accepted that Van Halen cannot continue. I mean, who could possibly fill Eddie Van Halen‘s gigantic shoes? The man is widely recognized as one of the greatest guitar players out there and arguably, the best guitarist of all-time.

We now know that Alex Van Halen was subsequently considering playing some Van Halen classics with another guitar virtuoso Joe Satriani and former Metallica bassist Jason Newsted, and perhaps even resurrecting the band. That never panned out as Newsted apparently balked at the idea and to be honest, that never really felt right. While I think that Satriani could certainly pull off playing Eddie Van Halen‘s guitar licks, there is something that just doesn’t feel right about it. First of all, Satriani is one of the all-time great guitar players so it feels a little odd that he would be playing Eddie‘s parts. Second of all, Satriani never had any ties to Van Halen aside from playing with a Van Halen alumni (Sammy Hagar) in another band (Chickenfoot). And don’t get me started about Newsted. There is no way that he should be playing bass when Michael Anthony and/or Wolfgang Van Halen could be available to play.

I have to say that I was always of that mindset that Van Halen could not possibly continue without Eddie Van Halen.

But that was until I saw a video of Wolfgang Van Halen playing guitar at the Taylor Hawkins Tribute Concert on September 3, 2022. Wolfie played guitar on two Van Halen classics — “On Fire” and “Hot For Teacher” — with The Darkness‘ frontman Justin Hawkins handling lead vocals, Foo Fighters frontman Dave Grohl on bass (is there any instrument this man can’t play?) and whomever they had on drum duties. Wolfie absolutely killed it. But perhaps the most important thing is that it felt so right and so good to have Wolfie playing his father’s guitar parts.

I am sure that others have thought about it but I’ve never seen the idea really thrown out there.

This idea should have struck me a long time ago since Wolfie played all the instruments (including guitar) on his debut “solo” record Mammoth WVH. That being said, I had never seen or heard Wolfie play guitar on a Van Halen track.

I now think that Van Halen should continue with Wolfgang Van Halen on guitar, Alex Van Halen on drums, Michael Anthony on bass, and David Lee Roth and/or Sammy Hagar on lead vocals.

Alex Van Halen on drums is a no brainer. Same with Michael Anthony on bass as no offence to Wolfie but Anthony should have been the bass player when Eddie and Alex reunited with Diamond Dave back in 2007 for two successful world tours, a stellar studio album (A Different Kind of Truth) and a decent live album (Tokyo Dome Live In Concert). I get it that 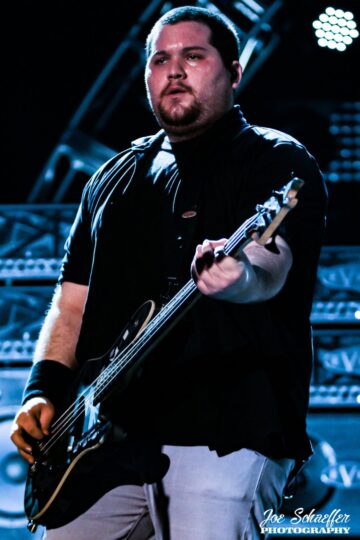 Eddie likely didn’t want to embark on another Van Halen chapter unless Wolfie was part of it and I am grateful that that last eight year run with Roth (2007 to 2015) even took place. Nevertheless, it never truly felt right without Anthony on bass and background vocal duties. So let’s get Anthony back where he belongs!

This takes us to who should handle the lead vocal duties. No offence to Sammy Hagar but the Van Halen legacy was already forged well before he joined the band. You need David Lee Roth on vocals to sing (or talk with his way through) those Van Halen classics contained on those first six studio albums. Sure, Roth‘s voice has been shot for probably decades now but he’s still the voice behind those classic songs. However, to give Roth a break, and because he likely would not be able to make it through a long headlining set, why not also have Sammy Hagar aboard to sing his Van Halen era classics. Helloween have certainly paved the way for two lead vocalists (Michael Kiske and Andi Deris in their case) to successfully be in a band at the same time and be able to perform live together. No one is getting any younger. Alex Van Halen is 69 years old. Anthony is 68. Roth is 67 and Hagar is already 74! Time is of the essence!

I realize that Wolfgang Van Halen wants to forge his own legacy and hasn’t really expressed any interest in forging ahead with Van Halen. If anything, Wolfie has been rather negative towards any Van Halen reunion in general. That being said, what a wonderful tribute Wolfie would be paying to his father by continuing his legacy in Van Halen.

At this point, I think that the only way for Van Halen to continue would be for Wolfie to take on the guitar duties with Alex Van Halen on drums, Michael Anthony on bass, and David Lee Roth and Sammy Hagar sharing lead vocal duties.

I get it that there are likely tons of issues behind the scenes that need to be taken care of before this would likely ever occur including reigning in the often very unpredictable and volatile Diamond Dave, but I now see that Van Halen could indeed continue.