Former Whitesnake guitarist Adrian Vandenberg is back with his group Vandenberg’s Moonkings, which will be releasing a new studio album titled MK II via the Mascot Label Group on November 3, 2017. 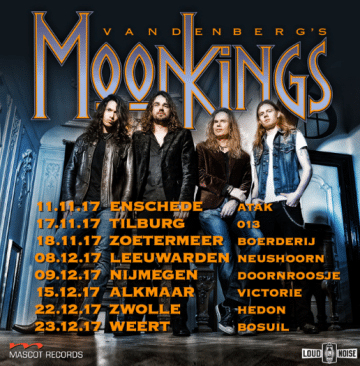 The website for Vandenberg’s Moonkings states (with slight edits):

“Four years after Adrian Vandenberg made a spectacular comeback with Vandenberg’s Moonkings, the band returns with a sophomore album, simply titled MK II. The album has all the qualities of the debut: once again the four-piece band manages to create a perfect mix of vintage seventies hard rock and current styles of heavy rock. Adrian Vandenberg shines as a bonafide guitar virtuoso, while the rest of the band also delivers in spades. Yet MK II has even more to offer than the highly praised first album. It shows how the band grew into a strong unit during the world tours of the recent years.

‘The last few years have been very important indeed’, confirms Adrian Vandenberg, who previously gained world fame as the guitarist and songwriter of Vandenberg and Whitesnake. ‘We just got to know each other when we recorded out debut album. I think we all exceeded each other’s expectations. But you really get to know each other while on the road. It was then that I really became impressed by the abundance of energy that this band has. We tried to capture this on our new album. At the same time, we all grew individually. I am really amazed by the way Jan Hoving has grown even more in his role as a singer and as a front man. I’ve played with the best bass players and drummers in my extensive career, but with all respect I dare to say that Sem Christoffel and drummer Mart Nijen Es form the best rhythm section I ever had the pleasure of working with.” 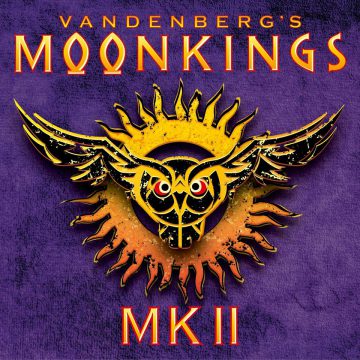 You can pre-order the new Vanderberg’s Moonkings album MK II at the group’s website.