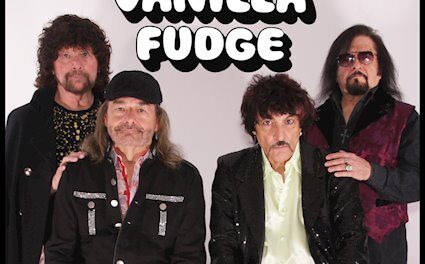 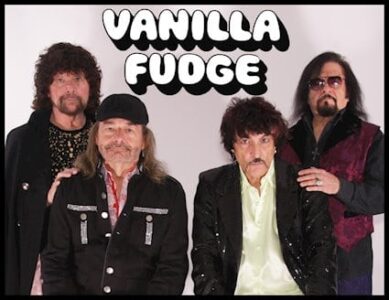 “Golden Robot Records recently announced the signing of the legendary Vanilla Fudge.To celebrate this announcement, Vanilla Fudge have released a remastered version of their cover of Led Zeppelin’s “Immigrant Song” and accompanying video.

“”Immigrant Song” by Led Zeppelin is one of the monster tracks of all time. How do you top that? Well, you can’t but we decided to just have fun with it. I came up with this On Green Dolphin Street kinda chord progression as the intro on the synth with a heavy-duty brass sound that worked pretty well. The guys fell into it right quick and it rocks the house. Carmine did a great job with the drum track and Tim and Vince killed it. I did the vocals in Florida and sent it back to Carmine in  Los Angeles and he mixed it. Hope you dig it.” – Mark Stein

“GRR is honoured to have such a classic band on the label, considering they had the main song “You Keep Me Hangin’ On” in the recent Quentin Tarantino movie ‘Once Upon A Time In Hollywood’, it shows you their legacy will continue for some time yet. We are excited to release the new remastered Led Zeppelin and Supremes albums over the next 12 months.’’ – Mark Alexander-Erber (President & Founder | Golden Robot Global Entertainment Group).

Vanilla Fudge was one of the first American groups to infuse psychedelia into heavy rock sound to create “psychedelic symphonic rock” an eclectic genre which would, among its many offshoots, eventually morph into heavy metal. 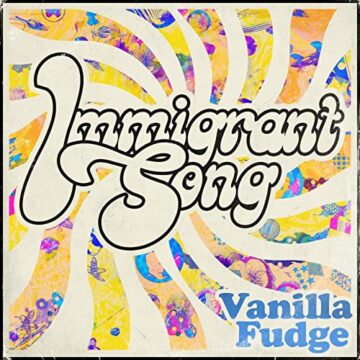 Although, at first, the band did not record original material, they were best known for their dramatic heavy, slowed-down arrangements of contemporary pop songs which they developed into works of epic proportion.

Originally, Vanilla Fudge was a blue-eyed soul cover band called The Pigeons, formed in New Jersey in 1965 with organist, Mark Stein, bassist, Tim Bogert, drummer, Joey Brennan, and guitarist, vocalist and US Navy veteran, Vince Martell. They built a following by gigging extensively up and down the East Coast and earned extra money by providing freelance in-concert backing for hit-record girl groups. In early 1966, the group recorded a set of eight demos that were released several years later as “While the World Was Eating Vanilla Fudge”.

The East Coast, in particular, New York, and New Jersey, created a sound all its own. Inspired by groups such as The Rascals and The Vagrants (fronted by guitarist, Leslie West of “Mountain” fame), The Pigeons reworked many of their own existing arrangements of covers to reflect their unique interpretation of this “East Coast Sound”.

In late 1966, drummer, Joey Brennan, moved out to the West Coast; The Pigeons immediately drafted drummer and vocalist, Carmine Appice, a disciple of the renowned Joe Morello (Dave Brubeck Band) and a seasoned veteran of the club scene. In early 1967, The Pigeons manager, Phil Basile, convinced producer, George “Shadow” Morton (producer for The Shangri-Las and Janis Ian), to catch their live act. Impressed by their heavy-rocking, trippy and psychedelic version of The Supremes’ “You Keep Me Hangin’ On”, Morton offered to record the song as a single. This resulted in a deal with the Atlantic subsidiary Atco, which requested a name change. The band settled on Vanilla Fudge.

Vanilla Fudge celebrated their 50-Year Anniversary in 2017 and is still rocking the world as hard as ever.”