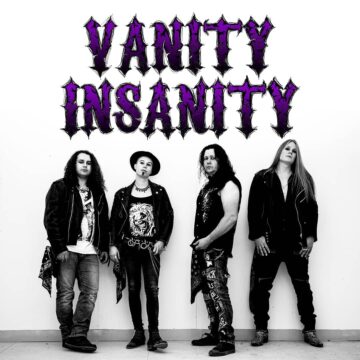 “For the first time since their debut album Piece of Her Cake (2017), Vanity Insanity is releasing new music. There’s been a lot of changes in line-up during the band’s ten years of existence and these last three years are no exception. This is the first time we get to hear the band’s new line-up consisting of: Jonas Andersson on drums, Jesper Westermark on bass, Benjamin Bagge on guitar and Viggo Svanberg Hanssen on guitar and vocals.

With the world currently handling a pandemic and the situation for a lot of musicians being unbearable to say the least. The band has decided to take a more digital approach to be able to reach their fans. “The End” which fittingly enough is the name of the first single, is one of two singles that will be released late 2020 and marks the beginning of a new era for the band. “Beautifully Broken” our second single is a classic power ballad which proves the wide range of types of tunes next album will contain.”