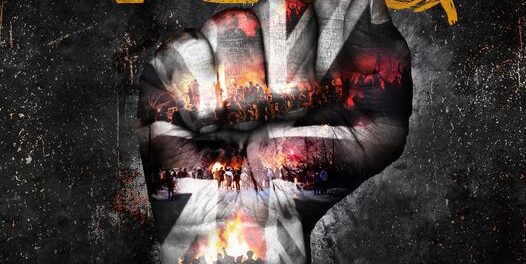 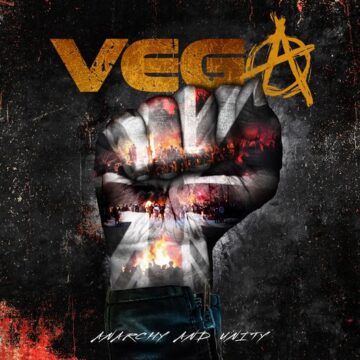 “UK rockers Vega are back with Anarchy And Unity, their seventh studio album overall and the culmination of a string of releases which started in 2009 with their debut album “Kiss of Life”. The new album will be released on September 17, 2021, but today fans can get their first peek at it with the release of the single and video for ‘Sooner Or Later’ HERE:

The band has already announced tour dates in support of the release. See the link below for a full list of announced dates.

“The songs started like all Vega songs, with myself, Tom, and James writing and recording. Then Billy and Pete came along and for the first time we had everyone in the band getting involved in the songwriting. The songs Tom, James and I wrote were still there, but now with a steroid injection and production touches that just took them to new levels. Everyone had such a vital part to play on this album which is why every song is written, performed and produced by Vega. As always, we had no agenda when writing, we just wrote as and when the moment took us. However, we wanted the album to have a really solid, in your face sound that you can feel pumping in your chest,” says frontman Nick Workman of how Anarchy And Unity came together.

Of the first single, “Sooner Or Later”, he goes on to say that it “is a three minute slap in the face. We wanted to write a song that was pretty much flat out from start to finish. It’s a fun take on fake people who live their life in smoke and mirrors, but also about the fact that at some point in life we all have to go through some sort of bad shit to get to the good stuff.”

Anarchy And Unity, while not a departure from the band’s defined and classy sound, shows a band determined, mature, and ready for the next step in their career. It has a crisp sound and immaculate musicianship showcasing the great talents in the band. On the songwriting front, the band have returned with a more muscular sound, but no less full to the brim with melodies that will grab you from the first note to the last.