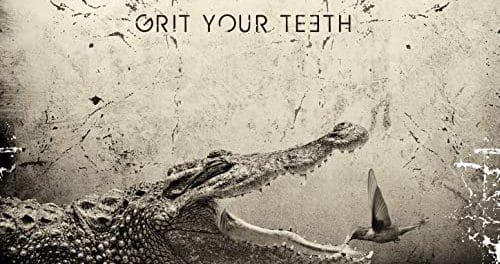 UK rockers Vega consisting of Nick Workman on vocals; Tom Martin, Marcus Thurston and MyKey Kew on guitars, Hutch on drums and James Martin on keyboards; have unleashed a video for their new single “(I Don’t Need) Perfection” from their upcoming new studio album Grit Your Teeth, which will be available via Frontiers Music Srl on June 12, 2020.

Vega‘s “Biography” on their Facebook page indicates in part (with slight edits): 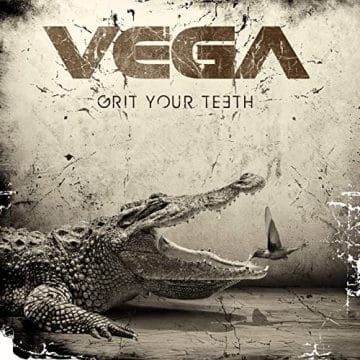 “When is an AOR band not an AOR band? The answer is when it’s rising melodic rock hopefuls, Vega. The various members – Tom Martin, James Martin, Nick Workman, Marcus Thurston, Hutch and Mikey Kew – have a rich history; including stints with Kick, Sugartown and Wildkard, but it was their meeting of musical minds back in 2009 that gave the genre one of the finest releases of that year in the form of their debut album, “Kiss of Life”.

It’s eclectic, off-kilter style of AOR made them stand out from the crowd. They were embraced by an audience that they seemed keen to distance themselves from. Even bassist Tom Martin was keen to play down their AOR credentials by stating in Classic Rock, “We don’t want to be an eighties throwback.” It’s not that they don’t like AOR, far from it; it’s just that they wanted to add new flavours and it’s a manifesto that they live for to this very day.

Having originally signed to Frontiers, the lure of Ninetone Records, a division of Universal in Sweden, was too big a draw for them to ignore and they promptly signed on the dotted line for their sophomore release, “What The Hell”. Whilst the resulting album was warmly received, things were different behind the scenes which resulted in them cutting their losses and severing all ties with Universal.

With the band licking their wounds, a simple email saw them back on the Frontiers roster, with their third album, “Stereo Messiah”, released in 2014. Recorded at the home studio of John Mitchell, the It Bites frontman managed to get the best out of a band whose past product was far from shabby. With the band staying at the studio, it gave them a cohesive, living and breathing aspect to the recording and production. With Mitchell’s all-time favourite album being Def Leppard‘s “Hysteria”, it comes as no surprise that it came with a production that Mutt Lange would be proud of.

They’ve toured over the years with FM, Magnum, Joe Elliott’s Down and Outz and had festival appearances at Steelhouse, Firefest, HRH AOR, Rockingham and the Frontiers Festival in Milan that have all gone into shaping them into one of this country’s finest bands. The fact that they are not more widely recognised is more down to bad luck than anything else, as anyone that has witnessed them recently will testify.

The fourth installment in the Vega saga saw them releasing an album that was reckoned to be the best of their recording career. Produced and mixed by Harry Hess, “Who We Are” saw them in fine form. It was like they’d drawn together all the pieces of the puzzle, coming up with an album of such magnitude that it was hard to put into words. Lyrically compelling, it traversed the genres with ease, hitting a note with pop and rock fans alike. Songs like “Saving Grace”, “White Flag” and “Every Little Monster” are sublime moments on an album that was stuffed full of outstanding songs. The subsequent tour with the Dan Reed Network was one of last year’s finest pairings, whilst their HRH AOR performance was the stuff of legend.

Having been ensconced in the studio and self producing, the resulting album, “Only Human”, sees them releasing a collection of songs that focus on their core strengths; strong harmonies, big choruses and a compelling lyrical content. They are all pulling in the same direction, with new drummer, Hutch, adding fresh impetus and style to songs that are set to become Vega standards.

From the irresistible “All Over Now” through to the poignant “Mess You Made” and stopping off at the riff laden “Last Man Standing”, “Only Human” is set to raise the bar as far as this band are concerned. They’ve pulled out all the stops, disconnected the brakes and are hurtling skywards, smashing beyond the glass ceiling that holds back so many bands. Theirs is a brand of music that is as rewarding as it is challenging. This is not the end; it’s the beginning of an exciting new chapter in the history of Vega.”

Subscribe To Our Channel: http://radi.al/SubscribeFrontiers | From the album GRIT YOUR TEETH. Buy or Stream: https://orcd.co/grityourteethShop our U.S. & EU …