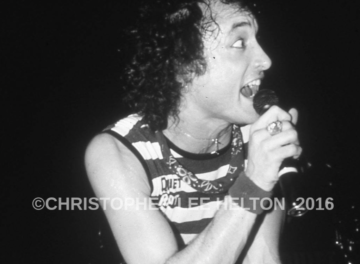 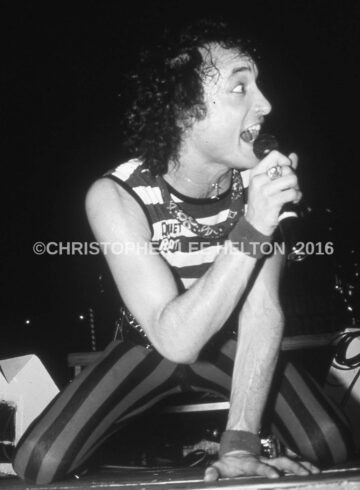 With respect to the song “I Can’t Hold On” with DuBrow on lead vocals, Grossi indicated (with slight edits): “Twenty years ago, we wrote it. The song came off of a CDR.  We worked for a weekend out in [Las] Vegas where Kevin lived and then he came to the airport and gave me a CDR of what we did. So I dumped the CDR into my iTunes which got transferred to an iPod and then disappeared. So the CDR is long gone, that was the only copy there was. The song was guitar and vocals on an iPod we found last year.  We also had a bunch of drum tracks from Frankie [Banali] to use. We got together in the studio and figured out that it could actually work extracting it off the iPod. I added some guitar solos, Regina played tambourine and basically Rudy [Sarzo] finished it up. And it came out it came 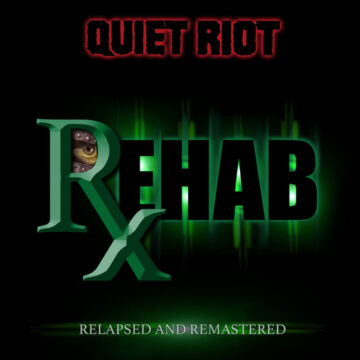 out really good. Out of necessity, we had to go with the with the tracks we had to work with. Kevin recorded [that song] in his home studio in 2003 and he had a nice microphone and he had the right pipes and thankfully it all translated to 2022. To give you an idea how long we worked on it, the last mix that we sent in to get mastered is mix number 39. There was 39 revisions on that song.”

In terms of whether there are other unreleased Quiet Riot songs involving DuBrow, Grossi revealed: “I know that I wrote about seven or eight songs with Kevin during that time a couple of which ended up on Rehab [Quiet Riot album]. Based on once we get into all the CDRs and all the files, there’s definitely more out there. It’s just a matter of if we can dig it up and if we can make it work the way this one did. Thankfully we have AJ [Alistair James] who’s crazy how talented and this is right up his alley. It’s not only a production thing, it’s a digital editing thing because it’s all after the fact. So yeah, I’d say it’s a very good possibility.”