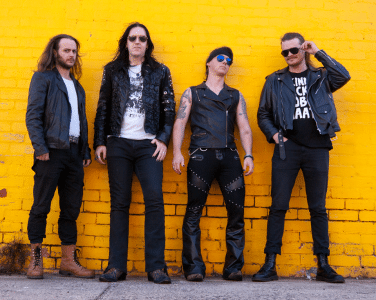 “Formed in late 2017, Vicious Addiction have already made their mark on the Melbourne rock scene releasing their debut single “One Track Mind” in April and securing an international support opening for Wednesday 13.

The band draws influence from Heavy Metal legends including Judas Priest and Pantera but also take influence from the heavy hitters of Swedish Sleaze scene including Crashdïet and Hardcore Superstar.

Vicious Addiction continue to grow and develop their own unique sound with new material in the works.”