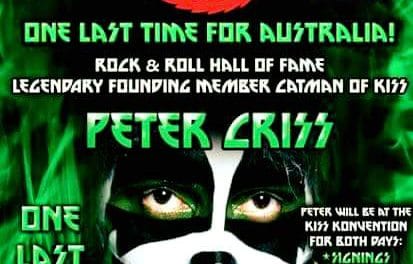 Video and setlist for Peter Criss’ final show in Australia 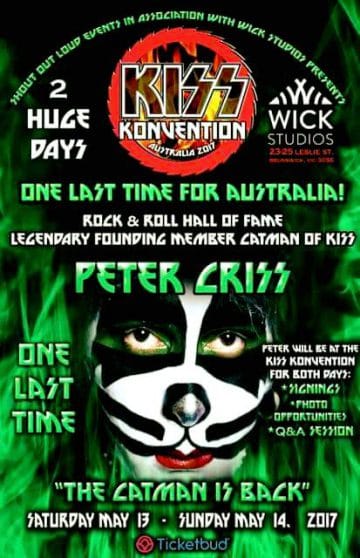 Former KISS drummer played his final show in Australia yesterday on May 12, 2017 at the Sofitel Grand Ballroom in Melbourne, Australia.

Criss had an eleven song setlist consisting of three songs (‘I Can’t Stop The Rain,” “Hooked On Rock And Roll” and “Don’t Let Me Down”) from his KISS solo album in 1978, one song (“Words”) from his 1980 solo album Out Of Control, six songs from KISS records released between 1974 and 1977, and a tribute song to Gene Krupa.