Thundermother founder and lead guitarist Filippa Nässil has a lot to be proud of as her band celebrated its 10th year anniversary two nights ago with a concert at Södra Teatern in Stockholm, Sweden featuring many guest appearances and lasting over two hours. Thundermother, currently consisting of Nässil, lead vocalist Guernica Mancini, drummer Emlee 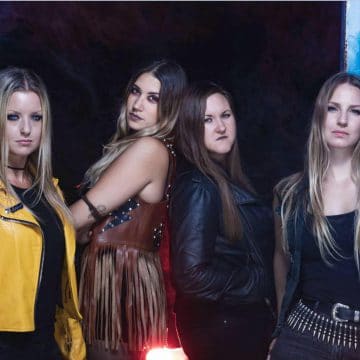 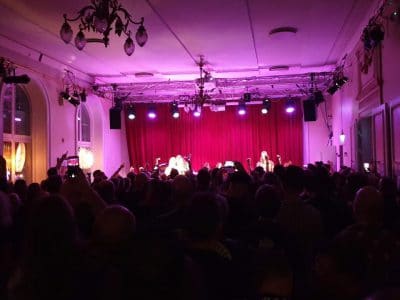 The following message was posted in part on Thundermother‘s Facebook page yesterday:

“We had our 10 year anniversary party yesterday and also we did our longest show so far! A total of 2 hours and 10 minutes. We truly had the best time ever!!! Thank you @wixor_ for the amazing tattoos, thank you @brandsforfans for great goodies, thank you @freddie_sixx & Skrevrock & @easyrydstrom for world class Dj:ing, all our amazing guests @easyrydstrom @matsleven @mejaofficial @dregenofficial @sara.orangegirl @ronnieastrom @pontussnibb and also @innanfors for the top notch performance and presentation! We are blessed and will remember this party forever! Thank you everyone who came to STOCKHOLM to party with us!! Love you ❤️/TM