Video footage and setlist from Iron Maiden’s return to the live stage in Zagreb, Croatia

It has been more than 2.5 years since Iron Maiden played a live gig but the UK rockers consisting of frontman Bruce Dickinson; bassist Steve Harris; guitarists Dave Murray, Adrian Smith and Janick Gers; and, drummer Nicko McBrain made their triumphant return to the live stage at Arena Zagreb in Zagreb, Croatia on May 22, 2022. The tour stop in Zagreb, Croatia was the continuation of Iron Maiden‘s Legacy of The Beast World Tour but they had a new setlist, which featured three songs from their latest studio album Senjutsu and which were played for the first time in a live setting. 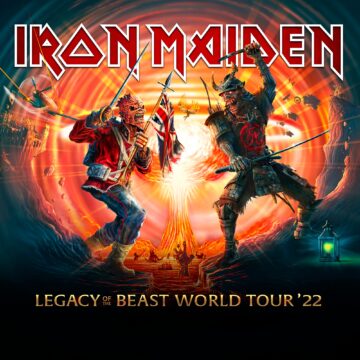