History was made yesterday evening as Kickin Valentina played their first concert with their new frontman Brian Bezotte who replaced Joe Edwards who was abruptly let go from the band in July 2018 after he decided not to play the group’s scheduled German tour dates less than 24 hours before departure. 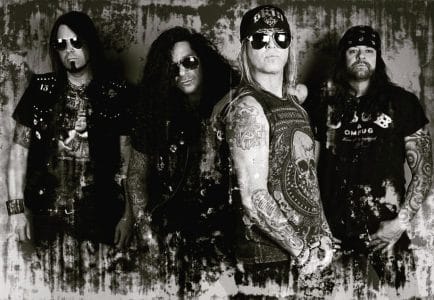 Speaking exclusively to Sleaze Roxx, Taylor advised as follows about Bezotte‘s first gig with Kickin Valentina: It felt good to be back on stage after everything we’ve been through this year. It was nice to go on stage with no unnecessary tension. Brian has been a great addition, and has brought a new energy to the band. We can finally have fun with everything again.”