Million Dollar Reload apparently took their final bow as the group reformed its original line-up for one last show at The Belfast Empire Music Hall in Belfast, Northern Ireland on February 9, 2019. Million Dollar Reload‘s last studio album A Sinner’s Saint landed the #1 spot on the Sleaze Roxx’s Top 10 Albums of 2012. 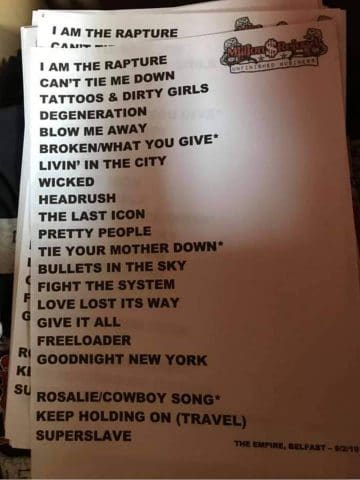 Million Dollar Reload performing Travel (Keep Holding On) in The Empire, Belfast during the one-off reunion gig on 9th February 2019.Track from the album “An…

Formed in 2006 in Co Tyrone, Northern Ireland by Phil Conalane and Kie McMurray. Conalane, Andrew Mackle and McMurray were musicians, playing in various cover bands in Northern Ireland before deciding to collaborate on writing of original material 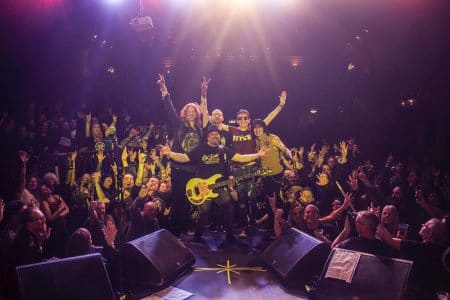 drawing from their shared musical interests. The results were soon recorded and formed the basis of Million Dollar Reload‘s first EP, Needle, Blackout, Fly. Drummer Davy Cassa was then recruited for purposes of the recording sessions before eventually being invited to join as a full-time member of Million Dollar Reload. Brian Mallon was recruited by McMurray as a second guitarist for live performances of the band’s new, original material. He would continue to become a full-time member. Before starting the recording their debut album, Million Dollar Reload were recruited (minus drummer Cassa) by Steven Adler of Guns N’ Roses as his backing band in his post Guns N’ Roses career playing under Adler’s Appetite. The band performed with Adler in Ireland after he had fired his own band during the European leg of their 2006 tour. This proved to be the catalyst for Million Dollar Reload to enter the studio speedily and begin the recording process for their debut album.

Anthems Of A Degeneration 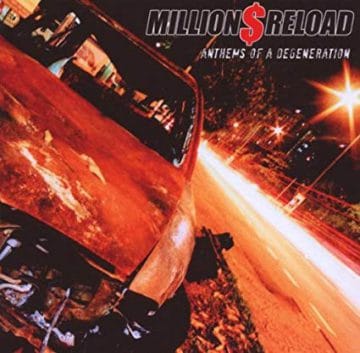 Reload website. After 2 years of continued sales, the record was picked up by Powerage Records in the UK and re-released in 2010. This point proved to be a major turning point for the band who were quickly offered a release in Japan on Hydrant/Universal Records. In the summer of 2011, drummer Cassa was fired after 5 years playing in the band. Cassa was replaced by Sean McKernan. Several high-profile support slots followed most notably for Alice Cooper and later for The Darkness in the legendary Ulster Hall, Belfast. The promotion of Anthems of a Degeneration continued with a UK club tour, followed by a 10 date US tour. On returning to the UK, Million Dollar Reload spent the summer of 2012 playing a number of festivals, most notably Download Festival & Bloodstock. At this point, Million Dollar Reload were being managed by ex-Sanctuary Management manager Dave Thorne who previously worked with Helloween, Arch Enemy, Bruce Dickinson (Iron Maiden). Thorne has been credited by Jon Bon Jovi for substantially helping Bon Jovi achieve international success while Thorne was marketing manager on Slippery When Wet. Dave Thorne would continue to manage Million Dollar Reload for the remainder of their career and change of name. 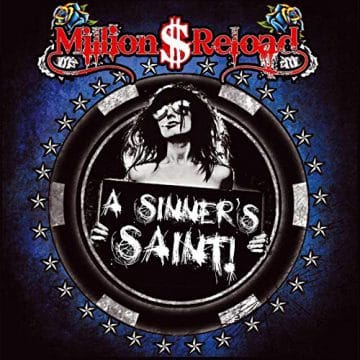 A Sinner’s Saint was recorded in 2011, again at Manor Park Studios under the watchful eye of producer Neal Calderwood, by which time Finn O`Hagain had replaced McKernan on drums following his departure from the band. Frontiers Records signed Million Dollar Reload in 2012 and subsequently released A Sinner’s Saint worldwide in July of the same year. UK tours and several European festival and club shows followed including support to Koritni & Black Rain at The Bataclan, Paris. Rumours surrounded the band for a period when Conalane was touted as the new singer for US rockers Velvet Revolver after the departure of Scott Weiland. Despite the media reporting the rumours, Conalane always denied that an approach by Velvet Revolver had been made.

As Real As It Gets

Million Dollar Reload were dropped by Frontiers Records in 2014 after a refusal by the label to release their newly recorded live album As Real As It Gets, recorded at a club show in Northern Ireland. Million Dollar Reload self-released the album on their own label, Bulletproof 20/20 Records, in 2014. A pivotal European tour 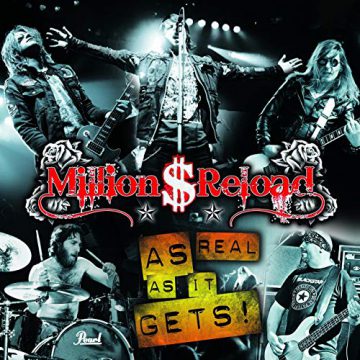 followed as support to Atlanta based southern rockers Blackberry Smoke on their Fire in the Hole tour. Andrew Mackle unexpectedly quit midway through the tour. Million Dollar Reload finished the tour as a 4 piece before returning to Northern Ireland to reassess their future as Million Dollar Reload. The band continued on for a short time with Conalane taking up second guitar duties while a suitable replacement was found. A short time thereafter, Piano/Hammond organ player Kevy Brennan was recruited to Million Dollar Reload as the band transitioned from hard rock band to a more laid back rock n roll style throughout 2015. A decision was made that given their change in members and musical style, Million Dollar Reload would benefit from a name change to move the project forward. As a surprise, Million Dollar Reload became Blackwater Conspiracy, mid gig at the Belfast Empire in August 2015 with the band announcing to the fans from the stage that the time had come to reveal the future of the band, a new backdrop and logo design was unveiled and a new chapter started with a selection of new material being performed. Blackwater Conspiracy went to Rockfields Studios, Wales in 2016 to record the band’s first album as Blackwater Conspiracy. Shootin’ The Breeze is due for release in the spring of 2017.”

Million Dollar Reload – Blow Me Away

From the album ‘A Sinner’s Saint’Frontiers Records 2012Available Now