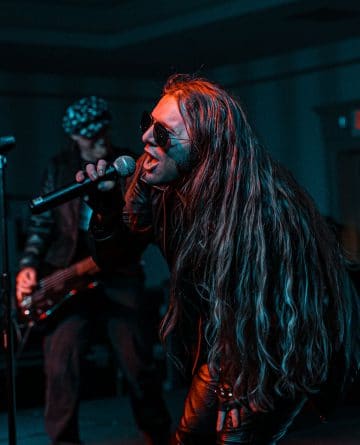 Lipstick Generation have moved away from their theatrical glam look that characterized their first two albums Lipstick and Lipstick II, and have adopted a darker black themed leather and jeans type look. 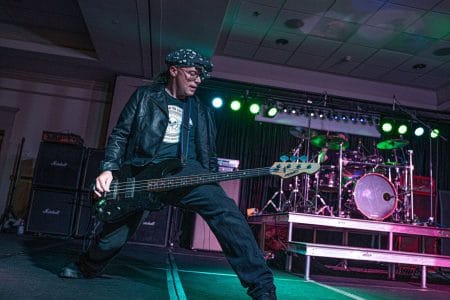 “The third annual Nashville Rock N Pod Expo opened with a bang Friday night at the pre-party as the newly re-branded band Lipstick Generation took the stage. Clad in black and leather, the band opened with a Kiss cover followed by numerous songs from their heavier first album, as well as a song from their lighter second one.

Lead singer Greg Troyan commanded the stage with his usual energetic presence as he ran, jumped, and dropped to his knees to bring the rock and roll noise. Bassist Stephen Smith entertained with his usual wireless set up as he ventured out into the crowd of excited rock fans. Solos by guitarist Spencer Woodley and drummer Cody Bottoms continued to rev up the growing crowd.”