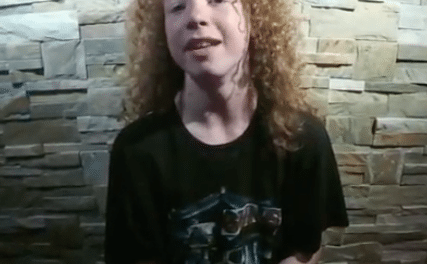 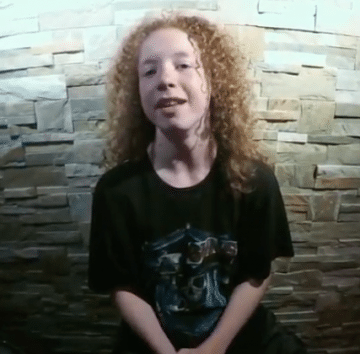 Dreams do come true. Fourteen year old “T-Bone” Bentley reached out to L.A. Guns as the sleaze rockers were making their way to The Rockpile in Toronto, Ontario, Canada to play a show on July 16, 2018. The rest is history as Bentley ended up taking over the drums from L.A. Guns drummer Shane Fitzgibbon during the song “I Wanna Be Your Man.”

Sleaze Roxx stated as follows in its concert review of the show:

“One surprise of the night was when Lewis advised that they were contacted by someone asking if they could play drums with the band on stage at the Toronto gig. It turned out to be a 14 years old boy with big curly hair. To my surprise, the 14 year old boy got to play drums instead of Shane Fitzgibbon for the song “I Wanna Be Your Man” (another one of my favorite L.A. Guns tracks that made its way back to the band’s setlist). Wow! That kid could really play and more than held his own. Lewis joked that they didn’t need Fitzgibbon anymore.”

T Bone rocks I wanna be your Man on drums with L.A. Guns in Toronto Canada