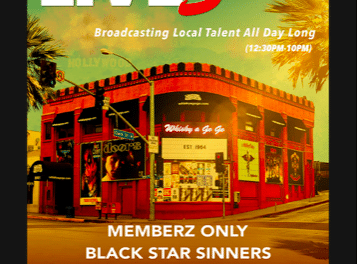 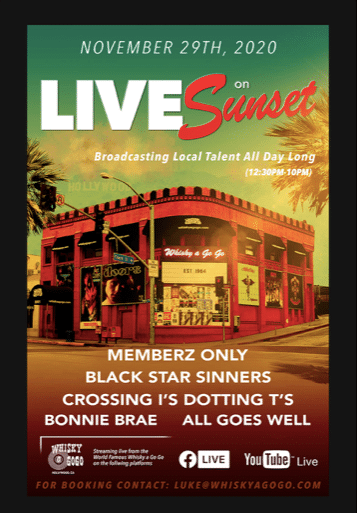 The Whisky A Go-Go‘s history is outlined as follows on its Facebook page (with slight edits):

“The Whisky A Go-Go has been an anchor on the Sunset Strip in the Los Angeles music scene since its doors opened in 1964.

The Whisky has played host to rock’n’roll legends from The Doors, Janis Joplin, Jimi Hendrix, and Led Zeppelin to today’s up and coming bands.

Black Star Sinners‘ set at the Whisky A Go-Go in West Hollywood, California, USA on November 29, 2020: