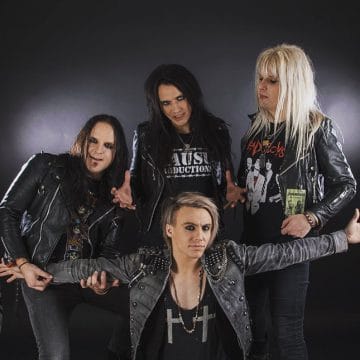 Sleaze Roxx interviewed Keyes back in mid-December 2017 and asked him how it felt the first time that he played with the rest of the guys in the band,

Keyes replied: “It felt good. It felt so natural and everything. Everyone was so nice. It felt good from the first song.I think we first played “It’s A Miracle” and after that, everything just gelled. We just kept on [doing] rehearsals. It was just fun — the whole thing — and it felt so natural.”