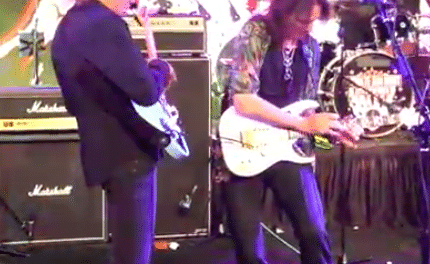 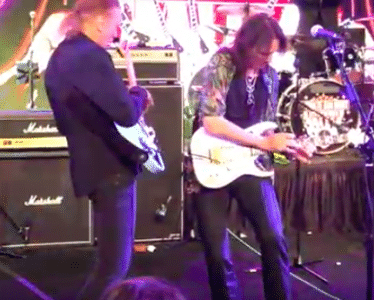 Back on November 25, 2015, Vai, Sheehan, Bissonette and Tuggle were set to reunite to celebrate the 30th anniversary of the group’s first album Eat ‘Em And Smile and play with Steel Panther frontman Michael Starr handling the lead vocals live at the Ultimate Jam Night featured at the Lucky Strike Live In Hollywood, California, USA.  Roth was scheduled to do a surprise appearance but the venue was closed down at the last minute by a fire marshall due to overcrowding.

Both Vai and Sheehan have since publicly indicated that they would be up for a reunion with Roth if the singer wanted to do it.

FULL SET Front Row Eat ’em and Smile band reunite for the first time in 33 years, but no Dave