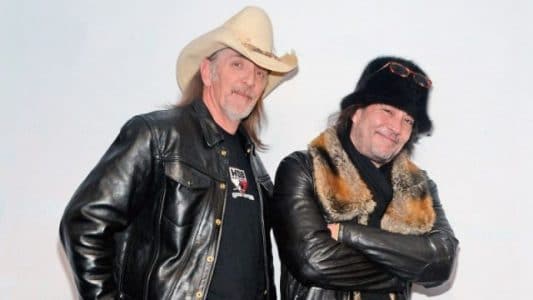 Sleaze Roxx interviewed Chaisson back in December 2016 and the bassist explained why he ended up stepping away from Red Dragon Cartel about five years ago. Chaisson advised: “The problem was that I was sick the whole time. I had a sore throat that wouldn’t go away. So at the beginning of 2015, we were supposed to do some dates but Jake had to cancel them due to a back injury. I wasn’t getting any better from whatever my problem was either. I could feel a spot on the back of my tongue and I had a feeling that it might be cancer but none of the nurse practitioners I had seen diagnosed it that way. They just said it’s a sinus infection, earache or allergies. But I knew they were wrong because I was taking Ibuprofen like M&M’s so I could swallow. We were supposed to go on tour during the middle of April so a couple of weeks before that, I quit and told them I couldn’t schedule it with my job. This wasn’t exactly true. I needed some time to find out what was wrong with me. Jake was not too happy about it because he and I agreed that I would be in the band until the very end. Finally I saw an ear, nose and throat specialist who diagnosed me with stage four cancer on my tongue. I immediately had surgery to have my lymph nodes removed and then had eight weeks of chemo and radiation. The treatment was brutal. I eventually lost around 70 pounds.

My cancer was brought on by a virus called HPV, which has probably been in my system most of my life. It’s the same thing with Bruce Dickinson, Tom Hamilton, Rikki Rockett among others. HPV related cancers are the fastest growing form of cancer right now, over 4 million new cases per year. People should get checked out and there is a vaccine that kids can get which I highly recommend. Had they not found the cancer when they did, I had between 8 to 11 months to live. If I had not quit Red Dragon Cartel when I did, I wouldn’t even have gotten it checked out until the end of September when the tour ended and it would have been too late. We wouldn’t be having this conversation right now. It was very hard for me to quit Red Dragon, as I had been wanting to play with Jake again since the ’90s and if I hadn’t been sick, I know I would still be there. But it is what it is and I’m sure Jake and I will play together some time in the future.”