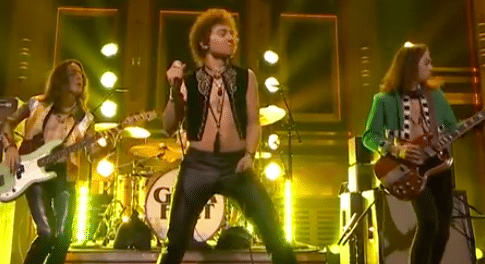 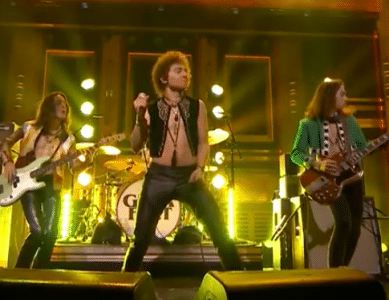 “Do you want a time machine? I have one for you, in the form of a four-song EP that will transport you right back to 1973! The thing is, it’s not 1973 but full on 2017 for four kids from Frankenmuth, Michigan who weren’t even born yet when the genre they are currently channeling was raw, fresh and new. Greta Van Fleet are however, taking their craft very seriously claiming they draw influences from Robert Johnson, Howlin Wolf, John Lee Hooker,Muddy Waters, Cream, Jimi Hendrix, Janis Joplin, The Who, Black Sabbath, Deep Purple, Willie Dixon and Albert Collins. The comparisons to Led Zeppelin however is what most listeners will hear. Singer Josh Kiszka‘s pipes are Robert Plant personified. It’s actually astounding at times. Jake Kiszka‘s guitar work is also quite versatile pulling off some slide, acoustics as well as expected big riffs that mesmerize. Layer in the drums and bass with a whole lot of passion into the songwriting and what we have here is pure musical magic.”

Greta Van Fleet performing “When The Curtain Falls” on The Tonight Show: