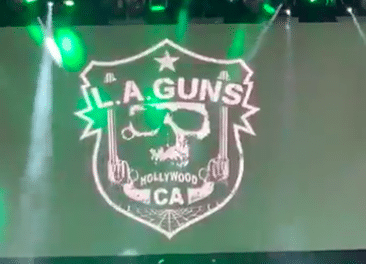 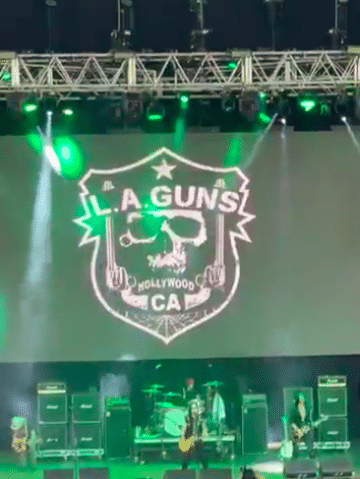 their set at the M3 Rock Festival at the Merriweather Post Pavilion in Columbia, Maryland, USA. This is the first time that a L.A. Guns version performs without either singer Phil Lewis or guitarist Tracii Guns.

In an interview with Sleaze Roxx last month, Frohlich advised as follows about the M3 Rock Festival gig:

“Yes, it’s a celebration of the great music these guys wrote and performed together years ago. Kelly being in the band is a highlight of this experience. His bass playing, attitude and energy at rehearsals are what I remember about the band. Him and Steve are a great rhythm section and I think people are excited about seeing them on stage together again. I think the fans will love the setlist we have chosen for the show.”

In terms of whether we will see more of the L.A. Guns version featuring Riley and Nickels, the latter opined as follows in an interview with Sleaze Roxx back in January 2019: “Well, I don’t know yet. I’m kind of keeping it open. You know, we’ll see how M3 goes and rehearsals go. It’s kind of like putting a whole new band together. I’ve never played with Scott — Scott Griffin — because he was the bassist. When I would come up to do a couple of songs, he was the guy who graciously stepped down for a second. So I never really got a chance to play with him but I’ve only heard great things about him so I know we gel personality wise. We met and I know we’re cool. I get along great with Steve — always have. Got lots of great memories with Steve. He’s a unique character man. He’s a fuckin’ crazy dude man but you know, he’s never quit. He’s never quit the band. He’s the only one. He’s always been back there beating his ass off [with] these guys and it’s not easy man.”

L.A. Guns feat. Steve Riley and Kelly Nickels performing “Over The Edge” and “Never Enough” at the M3 Rock Festival on May 3, 2019:

Snippet of L.A. Guns feat. Steve Riley and Kelly Nickels performing “Sex Action” at the M3 Rock Festival on May 3, 2019:

Snippet of L.A. Guns feat. Steve Riley and Kelly Nickels performing “Never Enough” at the M3 Rock Festival on May 3, 2019: