With Sister Sin disbanding in November 2015 after 13 years and five studio albums, the band’s frontwoman Liv Jagrell took a little time off to think about her next moves before reinventing herself as Liv Sin. 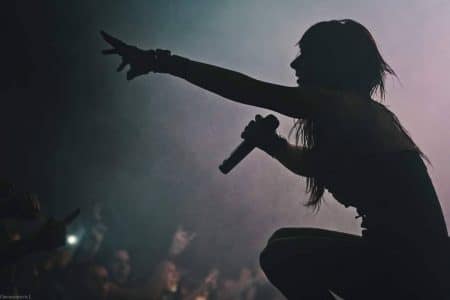 Liv Sin recently played the Skogsröjet 2017 Festival at Rejmyre Skola in Rejmyre, Sweden on August 4, 2017 and included some Sister Sin songs in their set.