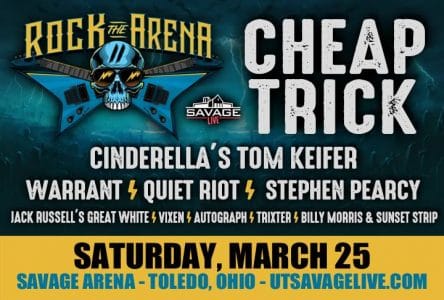 Quiet Riot have been making headlines since the beginning of this month and ever since they announced that their new lead vocalist would be American Idol finalist James Durbin.

In an interview with Yahoo Music! earlier this month, Durbin stated: “It was never the right timing, I suppose… I was in talks to join Quiet Riot last fall when Jizzy Pearl was leaving, but I had just signed on for a residency show in Las Vegas and unfortunately couldn’t make both gigs work at the same time. Fast-forward to last week, and I’m quickly learning the set and couldn’t be more excited to hit the stage… I believe everything happens for a reason, not just by chance. I’m very grateful for the opportunity.”