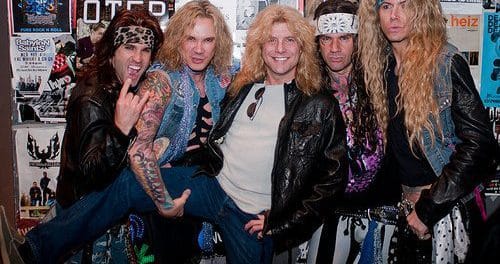 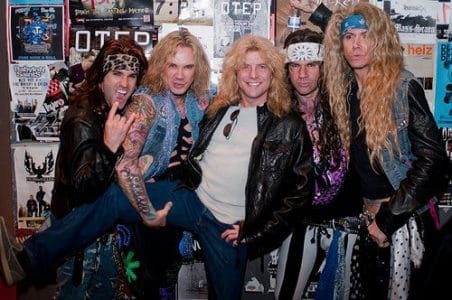 Steel Panther and Adler’s Appetite were both performing in Brisbane, Australia on alternate nights so decided to join each other at each other’s gig

Adler’s Appetite have two remaining gigs for their Australia tour at 170 Russell in Melbourne on May 25th and Max Watts in Sydney on May 26th.

Steel Panther have one remaining show on their Sunset Strip Live Australia Tour May 2018 at Astor Theatre in Perth on May 20th.

Steel Panther performing “Sweet Child O’ Mine” with Steven Adler, Sean McNabb and Constantine Maroulis at Eaton’s Hill in Brisbane, Australia on May 20, 2018:

Adler’s Appetite performing “Paradise City” with Steel Panther singer Michael Starr at The Back Room in Brisbane, Australia on May 19, 2018: