A pro-shot video almost 90 minutes has been made available on YouTube of Steel Panther‘s performance at Wacken Open Air 2016. The concert itself starts at about the six-minute mark. Beyond the metal, Wacken fans are treated to the usual Steel Panther banter between songs, including some flashes from the audience.

Steel Panther’s setlist at Wacken 2016 (as per setlist.fm): 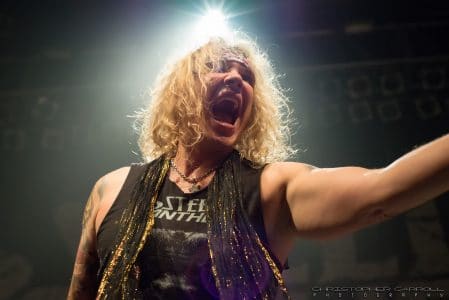 Sleaze Roxx recently caught Steel Panther in concert in Norfolk, Virginia, USA about a week before their Wacken performance and stated the following in its concert review: “They’re playing music they love and having a blast doing it. Personally, I don’t know how anyone can attend a Steel Panther show and not leave there feeling like they’ve just had the best time of their lives.”