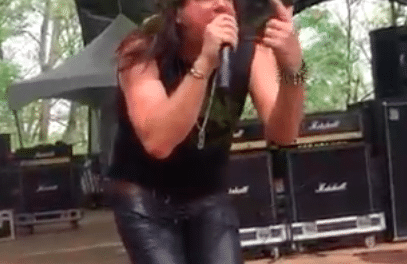 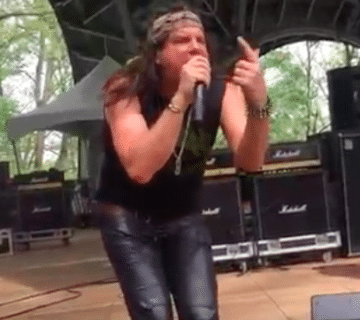 Wikipedia states the following in part about Vain:

After recording a demo, Davy Vain founded Vain in 1986, adding Scott, West, Mitchell and drummer Tom Rickard to the lineup. They signed with Island Records in 1988, before releasing their debut album the following year, titled No Respect, which peaked at number 154 on the Billboard 200.

Though they recorded a second album, Vain were released by Island in 1991, with West and Rickard departing the same year. Following the addition of both Shawn Rorie and former Guns N’ Roses drummer Steven Adler, Vain renamed themselves Road Crew. However, they also disbanded in 1991. The band reformed in 1993 and went through a number of lineup changes for the release of their next two studio albums. By 2005, Scott and West had returned to the band, while Rickard would rejoin them in 2009 (before departing again the following year).”

Vain have just released their seventh studio album Rolling With The Punches earlier this year. The group has also released the following albums: No Respect (1989), Move On It (1993), Fade (1995), On The Line (2005), All Those Strangers (2010) and Enough Rope (2011). The latter album finished number one on Sleaze Roxx’s Top Ten Albums of 2011 to which Sleaze Roxx stated: “I’ve been running this website for a decade now and the majority of music that comes my way falls into two groups — young bands who try to sound like the ’80s, and ’80s veterans who try to recapture their classic sound (with varying degrees of success). That is what makes Vain‘s reunion album so magnificent… it not only rediscovers the sound of ‘No Respect’, but equals that cult classic in every conceivable way. The guitar work is stunning, Davy Vain‘s voice hasn’t missed a beat, and the songs themselves scream 1989 by capturing the sexual decadence and outrageousness of that time in history.”