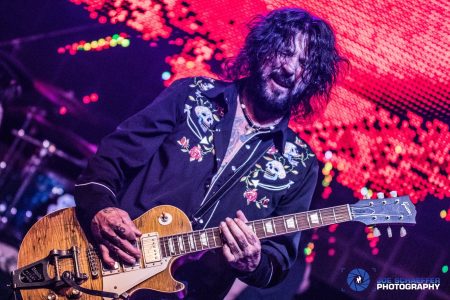 The following are excerpts from an article / interview from the LA Weekly regarding the new album from L.A. Guns featuring Guns and Lewis:

“Things will simplify in 2017, however, when Guns will officially rejoin the band he formed as a Fairfax High teenager. In addition, he and Lewis recently signed a new record deal and are currently working on an album, which will be supported by a world tour that begins with two shows at the Whisky a Go-Go in March. So the pair’s well-received Hair Nation performance provided not only a glimpse into the past, but also a preview of what’s to come…

That’s precisely why Guns agreed to use the L.A. Guns moniker for the new album, despite initially resisting the idea. “When you put Phil and I together, that’s the sound of L.A. Guns,” he says. “There’s no way around that. As much as I love certain other [former] members of the band, it’s hard to say what their contribution to the overall sound of the band was — but Phil Lewis and Tracii Guns, the band’s gotta be L.A. Guns. It can’t be anything else.””