A YouTube video has surfaced that has Finnish rock legend and former Hanoi Rocks singer Michael Monroe performing his new song “One Foot Outta The Grave” on the television show The Voice of Finland 2017 on April 7, 2017. 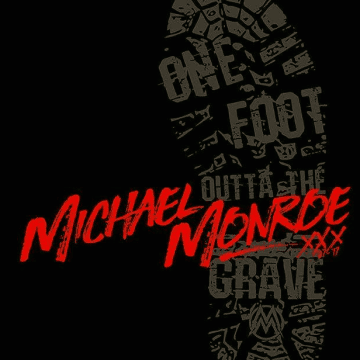 “The Finnish rock legend Michael Monroe did a stunning special closing performance for The Voice of Finland 2017 contest’s semifinals live on Friday, April 7th, 2017. The song is his new 2017 single called One Foot Outta The Grave. Its genre is rock. Roughly after 2 minutes you can see Michael Monroe even bleeding because he had an injury with a mic stand earlier on the same day when doing rehearsals for the evening showtime. Song title In Finnish language: “Toinen jalka pois haudasta”. I made some technical improvements on the audio track of this video.”

“Hey! Great times last night at the Voice Of Finland Semifinal!
We played our new single “One Foot Outta The Grave” and playing the part of Sami Yaffa was none other than our dear friend Dregen!! (Sami‘s in Bali shooting Soundtracker)
Here’s the link: http://www.ruutu.fi/video/2957209
Blood, sweat and Rock’n’Roll!
*Michael*”