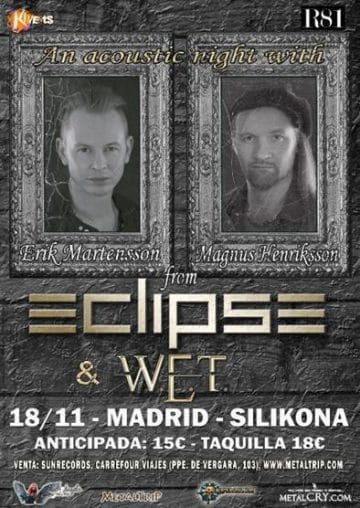 With Eclipse poised to release a new studio album in February or March 2017, anticipation is high for the Swedish rockers’ follow up record to their very good album Armageddonize.

Sleaze Roxx interviewed Mårtensson a couple of weeks ago and the singer, guitarist and producer advised as follows about how the new Eclipse songs would differ from the ones on Armageddonize: “It doesn’t differ that much. It’s an album just full of good songs. I think that is the main focus always with Eclipse — just having good songs. If they differ, we don’t really care. We just want to have good songs that connect with people. I think that is the main thing for us. But if there is something — it’s the same thing with Ammunition — we always try to focus on finding our own sound for every album. We try to sound less and less like anyone else and more like Eclipse.”

In terms of the timing and status of the new Eclipse album, Mårtensson stated: “It’s coming out in late February or late March [2017]. The release date is not yet fully set but in a manic pace, we are going to produce a new one. It’s going to be delivered to the record company at the end of November… They have not been recorded yet. We have just written them. We wrote them in just over a month so it’s the fastest made album that I have heard of.” 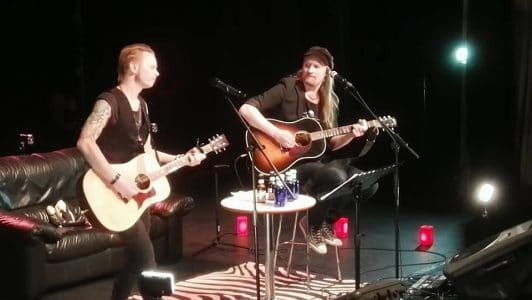 Sleaze Roxx recently attended the Rock N Skull Festival including the Pre-Party in Joliet, Illinois, USA from October 27 to 30, 2016 and ranked Eclipse‘s performance as the best one out of 31 different artist or band performances at that festival.

Sleaze Roxx stated as follows in its concert review of Eclipse‘s set at Rock N Skull on October 29, 2016: “Eclipse simply proceeded to put on the best performance for Day Two — hands down. Hitting the stage with Armageddonize‘s catchy opening track “I Don’t Wanna Say I’m Sorry,” Eclipse simply commanded presence and it quickly became clear that they would be a very very hard act to follow. Eclipse kept the pressure on with great live versions of “Caught Up In The Rush” and “Wake Me Up” before taking it up a notch with the stellar “The Storm.” After having had the pleasure to see Mårtensson perform live as a guitarist during Ammunition‘s set, I now got to see what a great frontman that the man really is. Mårtensson was a bundle of energy constantly moving and covering all facets of the stage. His voice sounded really good and he had the uncanny ability to get the Rock N Skull crowd to cheer and scream for long periods of time, which is something that previous bands at Rock N Skull‘s 2016 edition up to that point seemed unable to do. Guitarist Magnus Henriksson and bassist Magnus Ulfstedt also seemed to have that star power and performed admirably.” 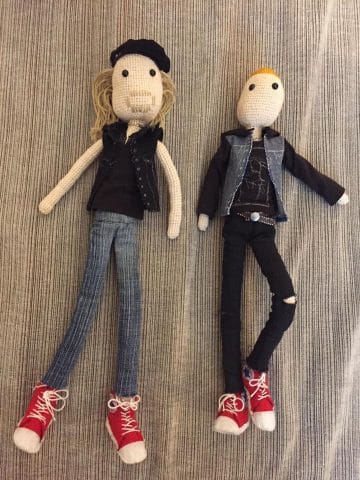