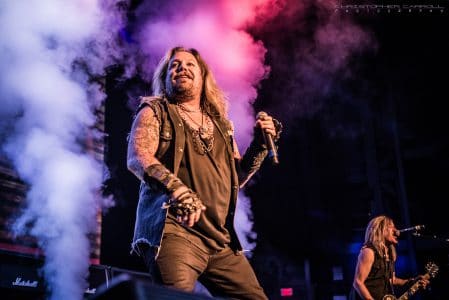 Mötley Crüe frontman Vince Neil recently posted a video on of himself on his Instagram page. The video shows Neil working out doing crunches and using what appears to be new technology consisting of an Emsculpt Neo machine whose purpose is to eliminate fat and build muscle while a person is sedentary.

Neil‘s video was reposted by Cassius Morris on YouTube. Morris comments about the singer’s use of an Emscuplt Neo machine and mentions a passage from the website BTL Aesthetics.

In 2022, Mötley Crüe along with Def Leppard, Poison, Joan Jett & The Blackhearts and Classless Act are scheduled to embark on the much anticipated The Stadium Tour, which will see the groups playing some of the biggest stadiums throughout the United States of America.

Video from Cassius Morris with clip of Vince Neil working out: