Say it isn’t so. Vinnie Vincent‘s latest comeback show advertised as “Vinnie Vincent shredds Nashville performing Speedball Jamm“ at the S.I.R. Soundstage in Nashville, Tennessee, USA on June 7, 2019 is no longer advertised or seemingly even mentioned on the website vinnievincent.com. 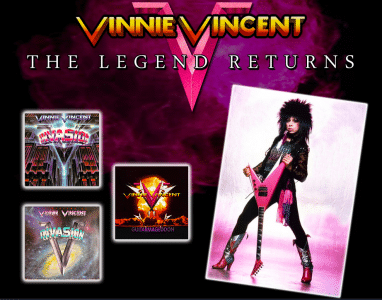 The “Appearances” section of the website simply states: “Come see the legendary Vinnie Vincent in person! Vinnie will be appearing at a variety of events for musical performances, meet and greets, autograph sessions, photo ops, and more! Check the listings below for an appearance in your area!”

Back on January 29, 2019, Vincent cancelled his much anticipated comeback shows in Nashville, Tennessee, USA on February 8 and 9, 2019 with no real explanation. Vincent was first scheduled to perform with drummer Carmine Appice, bassist Tony Franklin and former Vinnie Vincent Invasion lead vocalist Robert Fleischman but the latter pulled out of the two shows on November 23, 2018 and was eventually replaced by singer Jim Crean. In a rare interview with Mitch Lafon on the Rock Talk with Mitch Lafon podcast in April 2019, Vincent advised that he did not cancel the February 2019 shows but that he had planned on doing a “shred” type show after being dissatisfied “with someone who picked a singer that I didn’t approve of.” 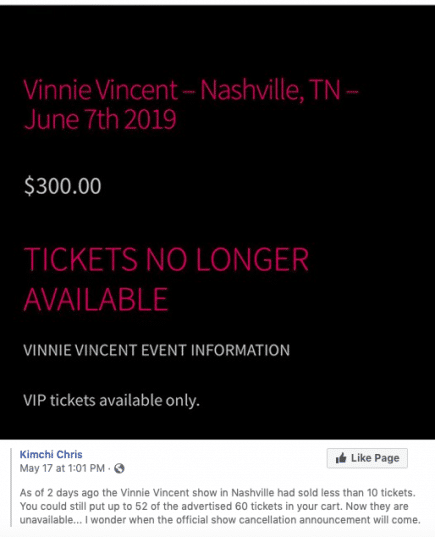