In terms of its number one selection of Eric Carr, Vinyl Writer Music indicated (with slight edits): 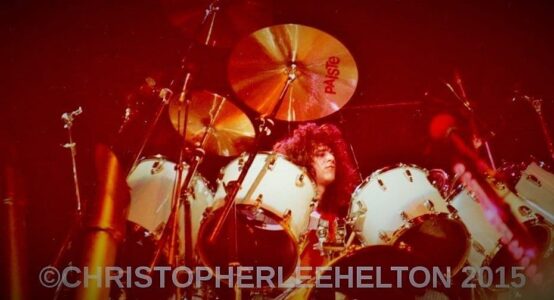 “Much like fans of The Who, KISS fans tend to be fiercely divided into distinct camps. Basically, you’ve got the camp that lives and dies by the early 1980s makeup era, and then you’ve got another camp which steadfastly believes the non-makeup era AKA the band’s 80s and early 90s era is king. There is a whole other camp that likes to complain a lot, and I am not sure they even really care about the music, but that’s a topic for another article. Anyway, while I tend to favor the band’s makeup heyday, I do enjoy 80s KISS a whole lot too. Now, any self-respecting KISS fan will know that original drummer and founding member Peter Criss was jettisoned from the band in 1980, which is where Eric Carr AKA “The Fox,” and his John Bonham inspired, thunderous drumming entered KISStory.

Legend has it that Eric Carr (real name Paul Carvello) was working as a stove repairman in and around New York City when he heard the news that KISS was looking for a new person to man the sticks. As the story goes, Eric was an instant fit within the KISS fold both personality-wise, and more importantly musically. At the time, KISS was a band in search of answers and was trying to reclaim their Hard Rock identity after veering off course. In Eric Carr, KISS found an effortless timekeeper, who could easily transition in and out of absolutely monstrous fills. Eric’s bombastic style served as a compass to guide the band back toward their Hard Rock roots, and would soon ably rudder them toward a more Heavy Metal direction with the release of standout records Creatures of The Night, Lick It Up, and Animalize.

In my humble opinion, not nearly enough credit is given to Eric Carr for steering the band in a heavier direction, and injecting a life-size dose of energy into a band who at the time, was nearly a decade old, entering their 30s, and was drowning in the new wave of British Heavy Metal. Eric Carr, though an unknown at the time, gave KISS instant musical credibility, and also some much-needed street-cred to boot. As the decade wore on, KISS would sore back to great heights, nearly matching their 70s heyday, with a string of gold and platinum albums. For Eric’s part, he humbly drove the machine and kept them churning forward until his untimely death from heart cancer, at the age of 41, in 1991. Though his health may have betrayed him, Eric showed his mettle. Eric toured with KISS through 1990 and was as ballistic as ever. In retrospect, he was most likely very ill at this time, although he didn’t show it. The knowledge of this makes these high-energy, final performances all the more incredible and special to watch.

Never to be held down, and ever loyal to his bandmates as well as his fans, in 1991, Eric Carr exited the hospital to perform with KISS for one final time during the shooting of the band’s “God Gave Rock And Roll To You II” video. It’s been reported that while Eric was forced to wear a wig, and could barely lift his arms, he furiously gave his all take, after take, after take, until the video was finished, only resting for a few moments in between. It’s a moment that his bandmates, Paul Stanley, Gene Simmons, and Bruce Kulick have tearfully recounted many times over, and it’s the stuff of Rock ‘N’ Roll lore. In short, Eric Carr was a legend in and out of music. His kindness and dedication toward his peers, and fans alike is what he is remembered for first and foremost. In short, the entry of Eric Carr into the KISS realm may well have saved the band. Eric Carr’s legacy in Hard Rock and Heavy Metal will be defined by his tireless devotion for what he did best, and what he loved most to the literal, and bitter end. Eric Carr didn’t just go out on top. Eric Carr isn’t simply standing up-top the mountain, no, Eric Carr built the mountain, and the rest are still climbing. RIP Fox.

You can read the rest of the article at Vinyl Writer Music‘s website.

KISS‘ “I Love It Loud” and “God Gave Rock And Roll T You II” videos: