Def Leppard and Last In Line guitarist Vivian Campbell was recently interviewed by Sakis Nikas for Greece’s Rock Pages. Campbell was asked what it was like recording with Ronnie James Dio to which he replied: 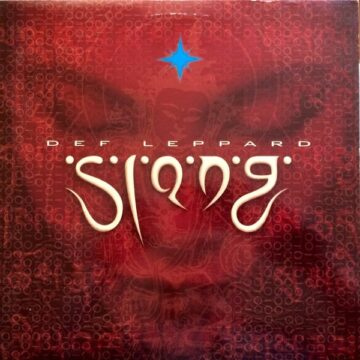 “Ronnie was in the studio, you know, and I felt that presence with me and it intimidated me a lot. On the “Holy Diver” album and then on the “Last In Line” album, I said to Ronnie and our engineer, Angelo, I said: “can you please go play pinball and let me record”? I mean, honestly, I did that.

(…) On the “Holy Diver” album, “Rainbow In The Dark” was the first guitar solo. So, we we’d cut all the tracks. And Ronnie said to me the night before: “Tomorrow we’re going to start recording guitar solos. Which one do you want to start with? And I thought… errrr “Rainbow In The Dark”, so, all day before recording that solo I was playing in A minor, A minor… because that’s the key of the song, just playing all day. But having not thinking to structure a solo, I don’t know why, you know… it never occurred to me that it would actually work to give myself a roadmap, so I’m just playing, playing, playing.

And then that evening we get a guitar sound and Ronnie goes:  “okay, let’s, let’s try one”. And the solo on the record is the first take. So I did the solo and Ronnie went: “Wow, so that was brilliant. Do you want to try another”? And I said, “Oh, okay…” although I didn’t want to try. And I was thinking, “well, what was wrong with that one?”, you know, (it) was right. So, then the second time I play it, I’m starting to think, okay, well I can’t start there because it started that I’ve got to go. So, it’s getting into my head now. So, I did one and it was just totally different and then Ronnie says, “okay, we just want to keep the first one. Let’s move on to another song”.”

In terms of whether he missed the jamming type recording process with other guys, Campbell indicated:

“Def Leppard has never had that kind of recording process, even if we were all in the same room. We don’t do it like that. The last time we played live together in the studio for an album was in “Slang” in the 1990s. We just…we always work (like this). (Def Leppard) is a very, very unique band in many, many ways, and especially in the studio. The process is always, always one person at a time. Even if…even if all five of us are in the room, it’s always just one guy doing that. And that’s where the pressure part comes in. You know, it’s like, I’m doing it. I’m thinking, okay, well, you know, I’ve got to finish this because everyone’s hungry and wants lunch, you know, so or whereas when we worked alone, you know, there’s none of that pressure.

For certain bands like with Last in Line, for example, we need to be in the room together because we’re just that old-school kind of band when it comes to recording the backing tracks for Last in Line. We need to see each other. We need to make eye contact because there’s just…it’s a very loose sort of thing. I think what Leppard does is very structured. It’s a different thing and it’s very finessed. It’s like a, like a fine oil painting, you know, where a last in line song is like graffiti written on a wall. You know, it’s just a different, different course, you know, for things. And making records that way allowed us to make this album thousands of miles away from each other.”

Slang was first released back in May 1996.