Jimmy Bain passed away today at the age of 68.

Bain would have been aboard the first ever Def Leppard Cruise at the time of his death given that Last In Line were scheduled to play throughout the voyage, which was scheduled from January 21 to 25, 2016. 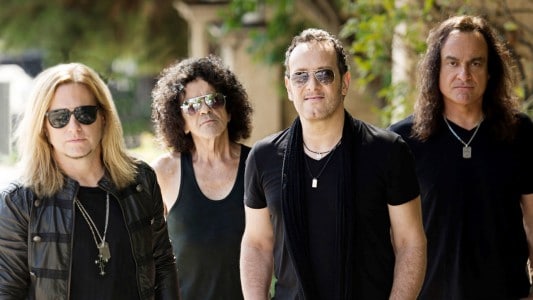 About two hours ago, Bain‘s ex-Dio and Last In Line bandmate Vivian Campbell had the following message about his deceased friend on his Facebook account as well as Last In Line’s Facebook page.

“It’s with the heaviest of hearts that I must confirm the news of the passing of our dear friend and Last In Line band-mate, Jimmy Bain. It was Jimmy who gave me my first big break in the music industry and for that I am forever indebted.

Jimmy‘s struggles with his demons were well documented through the years, but over the last 18 months he had finally won that battle and he was bright and lucid and motivated throughout the writing and recording of the new record. He leaves behind him a rich legacy of work from Rainbow, through Wild Horses, Dio, and finally, Last In Line. Jimmy was immensely proud of our new album and his input to it was immeasurable.

He was a very kind and gentle and generous soul and our lives were greatly enriched for having known him. We will continue to celebrate his life through his music.

On behalf of Vinny and Andrew, our thoughts and condolences are with his family at this most difficult of times.