Def Leppard guitarist Vivian Campbell was recently interviewed by Ultimate Classic Rock and spoke about the upside of music piracy and what excites him when he plays the song “Rock Of Ages” for the 3,000,000 time. 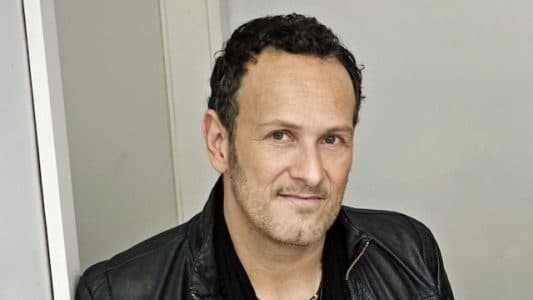 Campbell stated: “It is bizarre, yeah. Because it’s also the 40th anniversary of the band itself, of Def Leppard, and that’s something that Joe [Elliott] speaks about every night onstage. The irony is that I’ve been in Def Leppard longer than Steve Clark was, which is really bizarre to think about. The way the band works is quite extraordinary. In recent years, we’ve been really fortunate that we’ve seen this new surge in our popularity. For the most part, that’s fueled by younger people coming to the shows. We’ve been seeing it for the last 10, 12 or 15 years, you’d notice younger kids in the audience, but especially in the last couple of years, it’s grown exponentially.

I really do believe that this is the upside of music piracy. You know, people bemoan the fact that you can’t sell records anymore, but for a band like Def Leppard at least, there is a silver lining in the fact that our music is reaching a whole new audience, and that audience is excited to hear it and they’re coming to the shows. It’s been fantastic. There’s a whole new energy around Leppard, in fact. I think we’re playing better than we ever have. Which you’d like to think anyway. They always say that musicians, unlike athletes, you’re supposed to get better. Athletes have a finite window for their career, whereas with music, you do get to nuance your performances. I’m not sure that anyone other than the band really notices, but I notice it and I know that the other guys do too. When I play “Rock of Ages” for the 3,000,000 time, it’s not the song that excites me, it’s the energy from the audience. That’s what really lifts our performance. When you’ve got a more youthful audience coming to your shows, it only goes in one direction.”

You can read the rest of the interview with Campbell at Ultimate Classic Rock.