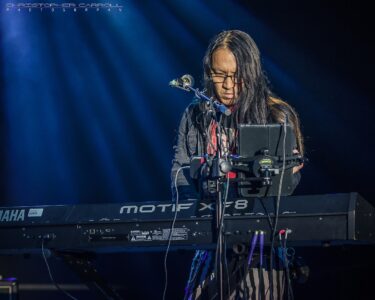 “Written by Tyson Leslie and Todd La Torre (Queensrÿche), the song Burning Time is a result of five musicians who were willing and able to use the pandemic shut down to their creative advantage.

The song was originally written by Leslie for a different band. But when that band passed on it, Leslie and Roxy Petrucci (Vixen, Madam X) decided to work through it and see what could be made of it. Leslie then reached out to Jimi Bell (Autograph), La Torre, and eventually Billy Sheehan (Mr. Big, The Winery Dogs) to round out the lineup.

La Torre worked on lyrics and melodies. Simultaneously, the remaining musicians crafted and recorded their parts remotely as well in Connecticut, Tennessee, and Michigan.