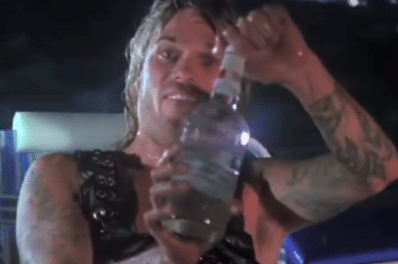 Odin and The Lost Boys frontman Randy O. was recently interviewed by Metal Mike for the 80’s Glam MetalCast podcast.

Randy O. spoke about his participation in the cult favorite documentary The Decline of Western Civilization Part II: The Metal Years as he stated (as transcribed by the 80s’ Glam Metalcast podcast with slight edits): 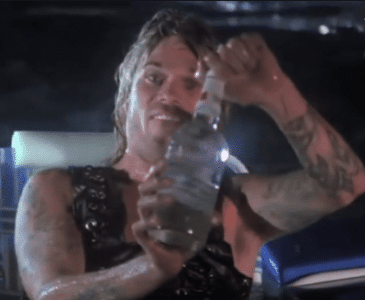 “There’s a ton of haters and there’s people that say that movie changed their life. There’s people that say they came here [to L.A.] because they saw me in the hot tub, and there’s others that wished I would have fucking killed myself. We were putting on a show, we were being filmed…. we knew that. Looking back at it, I have no regrets. I am part of history. There’s kids today that trip on it. They wish they were part of that era.

I lived with Chris Holmes back then. Chris had to do his part a few days before me. He had come home after partying and he was like “Fuck man, I have to do that film. Fill those Vodka bottles with water for me.” I put the water in those Vodka bottles. That was not Vodka. Then he tells me, “I want you to wear these ass-less pants, but don’t wear any pants underneath”, ’cause that’s how he used to do it. He told me, “It’ll make you a legend dude. I fucking dare you!” That’s why I did it. I never wore those pants before that.”

In terms of why Odin didn’t make it big, Randy O. opined: “On our early demos, we a heavier band like [Black] Sabbath and Ozzy. That’s where we should have stayed. That first wave went through with the spandex and the glam. We started crossing over thinking that stuff would help us. We thought we should look like Ratt and get a more commercial sound. My opinion is we didn’t stay true to what we were. If we would have stuck with that original sound, we would have made a bigger mark.”

You can listen to the interview with Randy O. by the 80’s Glam MetalCast podcast below:

In this episode, We talk to a pioneer of the sunset strip from Odin and Lostboys – Randy O.! Randy talks about his most recent solo album “Coming Home”, the …