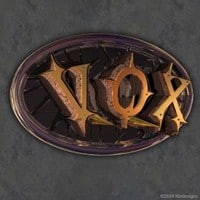 Voices Of Extreme Set To ‘Break The Silence’

New York and Massachusetts Melodic Rockers VOICES OF EXTREME will release their anticipated new album “Break the Silence” on August 2nd in the USA. “Break the Silence” is the band’s 2nd original studio album and their second full length release within the last five years.

V.O.X. is an infectious rising band who has caught the interest from top industry peers like Nicko McBrain (Iron Maiden) and David Swales (Affinity Management) who co-manage the band. V.O.X. was created by childhood friends Don Chaffin and Bob Brennan. They started working on the recordings for their second release in late 2009 when Bob Brennan returned to New York and reunited with Don Chaffin and John Macaluso. The second release introduces new musicians Rob Katrikh and Mike Khalilov.

“Break the Silence”, states Don Chaffin, “Is a culmination of the band’s collective influences and various individual styles of the band members and a direct outreach to the fans who have come to love and support our music and live performances! “

V.O.X. debuted in 2005 with the amazing ‘Hypocrite’, a record that was produced by Danny Spitz (Anthrax) in 2005. Once the debut album was complete, it wasn’t long before the V.O.X. hit the stage opening for Disturbed , Alice in Chains, and Godsmack.

“Break the Silence” will inspire fans of true Melodic Rock! Don’t miss one of the highlights of the season.

“Break the Silence” track listing includes:
Damned, Tell Me What It Takes, Apocalypse, Break the Silense, Numb, Did It Again, HollowMade of Stone, Blown Away, Sorry

Check out VOICES OF EXTREME website for upcoming shows and news.