Los Angeles, California, USA based rockers Void Vator have released a video for their song “No Return” from their EP Dehumanized, which was released back in July 2017. 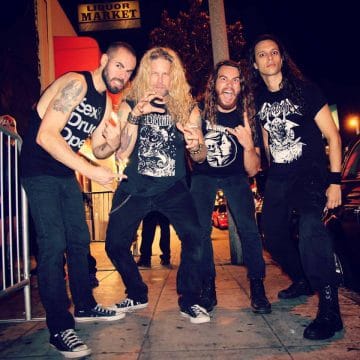 Sleaze Roxx stated the following in its review of Dehumanized: “If you read the name of the band, then read the title of the EP, you’ll think ‘black metal’, possibly ‘extreme metal’ or perhaps ‘nu wave of thrash metal?’ Well, Void Vator isn’t like any of the stereotypical one dimensional sub genre acts; they can’t be pigeon holed. Void Vator cull from the best qualities of sub genres — the catchy hooks of melodic rock, the punch of doom metal, the razor sharp riffage of thrash metal, the accessibility of power pop and the rebelliousness of alternative rock.”